Former Soul Sides contributor Eric Luecking just put together an “end of summer” mix for Wax Poetics. Anyone who knows me knows how much I lurve the end o’ summer vibe. Peep:

Clifton, aka DJ Soft Touch, might damn well be the best dressed DJ in town (provided, it might be a low bar but seriously, Clifton is dapper). He’s a long-time resident at Funky Sole but also DJs at both the Standard and Ace Hotels (downtown), Rubbish in North Hollywood, and many other parties around the city.

He put together a pair of sweet sets for our summer song series (my actual spins marked by an *):

*Ronnie Foster: Summer Song (remix from The New Groove)
Style Council: Headstart for Happiness
Six Feet Under: She’s Not There
Barbara Acklin: Am I the Same Girl
Curtis Harding: Keep on Shining
Small Faces: I Feel Much Better
*Kenny Dope Unreleased Project: Comin’ Inside
Dodgy: Good Enough
Mighty Ryaders: Evil Vibrations
The Exits: You Got to Have Money
Derek Martin: Sly Girl
Boogaloo Assassins: No No No
Jerry Jones: Compared to What

For my latest Shades of Soul (summer) episode, I invited Miles Tackett (FB/Twitter) to join. Folks know him best as the founder of Breakestra and for the very long-running weekly Funky Sole party. He’s got a new album out: Fool Who Wonders and I invited him in to talk about the album, his career and a few of his favorite summer jams.

For my latest Shades of Soul (summer) episode, I invited DJ Expo, of L.A.’s Motown on Mondays fame.

As I’m doing all summer, I asked my guests to bring in a slew of summer songs and Expo came with a smooth selection, including that DeRobert and Half-Truths 7″ I totally snoozed on.

For my latest Shades of Soul (summer) episode, I invited DJ and music supervisor, Morgan Rhodes. Morgan and I frequently pair up for the new music segment every Tuesday on KPCC and she, herself, hosts an early morning show on KPFK and used to be at KCRW. She’s pretty much hit for the L.A. public radio cycle.

As I’m doing all summer, I asked my guests to bring in a slew of summer songs and while I kind of f—ed up her playlist by accident, it all worked out in the end. 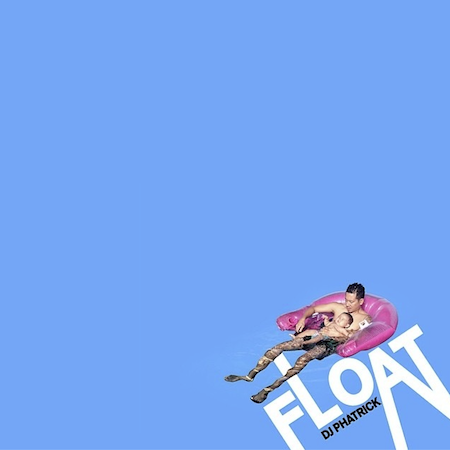 You can listen to the entire episode at our Radio Sombra page (no Mixcloud for this ep).

My playlist of songs at the beginning:

Phatrick’s playlist is available on Soundcloud.

In our next episode, June 20, our Summer Jams guest will be DJ/music supervisor Morgan Rhodes (and possibly one other!)

Bad news first: I’m not going to be able to do the conventional Summer Songs series this summer. I was too busy to get it organized in time to invite guests and handle all the logistics for it.

Good news: now that I have a radio show, I’m going to use it to invite people to come thru and do summer song sets instead!

We can start with my own contribution to kick off the start of what feels like summer (at least here in L.A.!)

Shades of Soul: EP 2.9: Start of Summer by Oliver Wang on Mixcloud Summer, technically, ended a week or so ago but I bet you, like me, didn’t even notice. Blame it on Labor Day. Blame it on the fact that summer ends in a thousand moments – going back to school, your last field trip, the oncoming coolness of the evening, people already putting up Halloween decorations, et. al. And that’s fine: not every end has to be commemorated or marked with solemnity.

But for me, the end of summer is always a transition – ’tis the nature of being a teacher – and often a jarring one, where the memories of summer are quickly dashed under the millstone of shit-that-has-to-be-done-yesterday. As such, I wanted to at least mark summer’s end with a look back on the tunes that kept me company for the season.

I find that Odd Future’s music tends to be made for a listener that’s “not me.” Which is fine…I’m probably twice as old as their target demo and I’m not salty about that. But while Tyler’s stuff has rarely made much of an impression on me, I’m absolutely loving Earl’s album. Maybe it’s because he reminds me of a younger MF Doom or that he uses the same loops as the Wu. But it goes beyond whatever throwback appeal he has. Dude can spit, he expresses vulnerabilities without getting all Drake-y about it, he’s the kind of MC that, if I were 18, would be godly to me. Actually, as a 41 year old, he still seems pretty godly.

What, you thought I was going to pick “Blurred Lines” or something? In terms of the song that got the most rotations from me the last three months, almost nothing is touching “Follow Your Heart.” Such an amazing song on so many levels but just start with how it opens with those vibes. “Sublime” is too soft a term. And then throw in the perfect interplay between lead George Smith and the back-up singers. And just ponder how strange a line like “it’s a puzzling thing” must be to sing yet how natural it comes off in here. And cap that with how the group sings, “follow your heart” and try not to raise your hands and swing them in rhythm to the line.1

This song got me to resurrect the Summer Song series after two years off so I gotta show it love. It’s like when Jay-Z dropped “Dear Summer” over that Weldon Irvine loop. I can’t get enough of a vibe like this (even if it is J. Cole).

I picked this up at the Groove Merchant earlier in the late spring and it’s easily become my favorite Northern track in current rotation. Supposedly a James Brown production which is impressive since this sounds outside his normal style but he was a many o’ many talents. Love the sweet swing on this one and (once again), great use of back-up singing to bring all this together. I dare you not to dance during the chorus. Double dare you. How have I never done this before? “Summertime,” originally composed by George Gershwin and written by DuBose Hayward, has become one of those rare American pop standards that has fans across many different genres and eras. “Haunting” seems too tame a term to describe it but if we have associations between summer time and a sense of deep melancholy and wistful nostalgia, I’d suggest that the song, “Summertime” has done much to shape that perception.

As we’re nearing the end of summer, I decided to pull out a pick six of different versions of the song.1 These aren’t necessarily my absolute personal favorites but I wanted to show some breadth in the choices and showcases the various stylistic approaches that artists have taken to it. Let’s begin with a stone-cold (but overlooked, to me) classic:

Everyone remembers the A-side of this single: “You Send Me,” one of Cooke’s first major hits. But *whistle* this flip is gorgeous, especially with that eerie back-up vocal that drifts and echoes in the background. It’s safe to say that Cooke sounds incredible (was this ever not the case) but he brings a special gravitas to the performance and smartly, the accompaniment leans towards the sparse as not to compete with the golden throat.

Salena Jones: Summertime
From This N’ That (RCA Victor, 1974)

A little over 15 years later and jazz singer Salena Jones adds her soulful take to the plate. I like how the song splits the difference between a funkier intro which then effortlessly glides into a more conventional torch song arrangement.

Sure, it’s pathetically lo-fi and recorded on amateur equipment but the fact that this is still mesmerizing speaks to both the strength of Gershwin/Hayward’s genius and Drake’s somber approach.

These would have been in my heavy rotation back in ’99: funky funky funky. The Wunderlich has that signature organ feel and approach – lively and playful but anchored in a steady backbeat that gives the song some bump. But if you want to talk about gravity, it gets no heavier than Bishop’s version, from his sole Black Jazz album. Those opening organ chords build such anticipation over 8 bars that when the beat finally drops, your whole body’s on edge.

To close out, I had to go with something that chills everything down. This isn’t the 3pm during summer time. It’s definitely not the 8pm festive hour. This is round midnight, lights turned down low, early September, as the tendrils of autumn begin to creep into the evening air. If you don’t know what I mean, just give it a few weeks and you will. You will. For whatever reason, I have had this LP in my “new arrivals” crate for a long time and whenever I wanted to throw something on to lend some sound to outdoors/backyard time, it’d be the first LP I reached for. Makes sense, no? That big, chewy baseline has “late ’70s/early ’80s” fonk stamped on it and it’s a perfect summer-y jam. As with many things, what seals the deal on here is the tambourine that comes in at the 5th bar. More tambourine, always.

The LP version is seamlessly combined with the song’s instrumental version so what’s above is the two tracks, together. I think the 12″ has the two songs back-to-back like that too but I don’t know if they’re also combined or distinct tracks.1