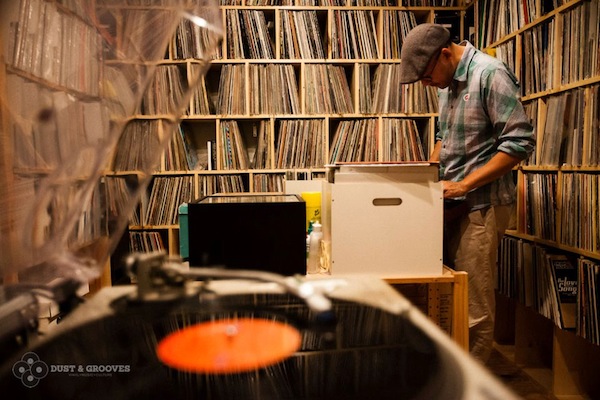 Photo by Eilon Paz of Dust and Grooves

Soul Sides originally began in the summer of 2000 as a casual records review site.

The transition to a blog took place in May 2003 and I began to add sound files in February 2004, marking the informal “birth” of the site as an audioblog (and a darn fine one, we think). I post far less often these days but it’s still a convenient outlet for posting about music where I want to say more than an IG post but not enough to actually pitch to a publication.

As for me: I’ve been writing about music, arts, and culture since 1994, having cut my teeth at both URB Magazine and the San Francisco Bay Guardian. I spent the next ten years writing for alternative weeklies as well as most of the major hip-hop magazines that came about in the ’90s and early ’00s. For the last ten years, I’ve shifted towards outlets like NPR, the Los Angeles Review of Books, the Los Angeles Times, album reissue liner notes, and a variety of podcasts. You can look at my writing portfolio here.

Thanks to this blog, I was able to produce my first official CD compilation in 2006, Soul Sides Vol. 1. The second volume followed in the spring of 2007. I continue to produce mixes on my own.

I continue to spin out in clubs and I’m available for booking for private gigs, events and weddings. Questions? Holler.