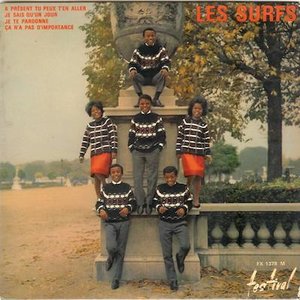 You knew this episode was coming at some point. I’m forever stacking cover songs and I finally decided to pull together a few choice bits for this show. I don’t normally do an annotated playlist like this but I realized I had something to say about practically every song I played.

1. Music Makers: United (7″ on Gamble)
I’m assuming it’s the house rhythm band at Gamble re-playing (or playing over?) the instrumental track to The Intruders’ “United.” I haven’t done a side-by-side comparison but the main difference right off the bat is some heavy organ action.

2. Disciples of Soul: Together (7″ on Phantom). Also on Loving on the Flipside
Just a coincidence that I went back to back with Intruders’ covers; I just got in this cover after quietly lusting after it for years. It’s not better than the original but…it’s pretty awesome, especially in sounding a touch more raw, especially with that brass section that sounds borrowed by a high school band (I mean that as a compliment).

3. Sonora Tropical: Lluvi. Also on Diablos del Ritmoa (wrote about this a few weeks back)

4. Mel and Tim: Yes We Can (From Mel and Tim on Stax)
I want to say this is a “surprisingly” good cover of the Pointer Sisters/Allen Toussaint song but I don’t know why that’d be surprising coming from Mel and Tim.

5. Vibratos Ltd.: I’ll Be Back (7″ on Project Spector)
Arizona garage band doing a pretty slick lo-fi cover of the Beatles. I’d guess that a more “professional” engineer would have mixed the drums lower but then this song wouldn’t be as slamming in that case, would it?

6. Les Surfs: Baby I Love You (7″ on Disques Festival)
It’d be tempted to call them the French Jackson 5 except that they were recorded years before the Jackson were releasing anything. So maybe the Jackson 5 were the American Les Surfs. (Ok, maybe not). In any case, a bunch of French kids singing The Ronettes is why I look for covers to begin with.

7. .June Mok: Hang on Sloopy (7″ on Great China)
Apparently cut in Singapore, this features Mok singing several U.S. pop hits in Mandarin. More novelty than anything else but I find so few Chinese records of note, this at least was worth keeping.

8. Serra Band: Saturday In the Park (from The One and Only Serra Band, private)
Bay Area high school band album doing a surprisingly good instrumental cover of Chicago’s mid-70s hit.

9. Ruddy Thomas and DJ Welton Irie: Shake Your Body (Down To The Ground) (12″ on Joe Gibbs). Also on Reggae Discomix Showcase Vol. 4
It’s no Derrick Laro and Trinity but for a dancehall flip on Michael Jackson, no hating this at all.

12. Country Comfort: Make It With You (from We Are the Children on Trim)
Hawaiian folk/pop band with a couple of albums on a local Hawaiian label, Trim. I have another modern soul-ish tune by them I may post/play at some future point.

For me, the gold standard cover for this song is still Nancy Holloway…but this at least makes it into the consideration, maybe somewhere next to El Chicano. But seriously, no one is fu—ing with Nancy on this one. Don’t try to test.

19. Dusty Springfield: Crumbs off the Table (from Simply…Dusty on Philips).
More here.

20. Don McClain and the Electrifying Cashmeres: Summertime (7″ on Sound Stage)
All I know about these guys is that they’re out of Akron OH and released at least two singles (including a decent flip of “What Does It Take.” But this 7″ doesn’t just do “Summertime”; it’s has a great cover of “You Send Me” on the other side.