Ronnie and the Pomona Casuals: Slow Jerk
From Everybody Jerk (Donna, 1965)

Bonus: Sunny and the Sunliners: Run Away + The One Who’s Hurtin’ Is You
From Live in Hollywood (Key-Loc, 1966)

Having moved back to the eastside of L.A., I’m definitely always open to soaking in the musical heritage of the region and given the ridiculous richness to be found in R&B/soul, I know I’ve barely scraped the tippy-tip of an iceberg thus far. The first two albums both com out of the San Gabriel Valley â€“Â Thee Midniters are indisputable kings in this scene and I’m embarrassingly thin on owning much by them besides a couple of 7″s and this, their debut on LP. I wanted to keep this post focused on ballads so I left off their more uptempo hits but “Come Back Baby” is some pyro Eastsider soul right here. Firme roll de verdad1

Ronnie and the Pomona Casuals were contemporaries of groups like Thee Midniters, but far as I can tell, never made it very far. It doesn’t really help that their lone LP was a derivative attempt at capitalizing on The Larks’ hit “Jerk” dance from the same year. And heck, “Slow Jerk” is basically a bite of “Keep On Pushing” by The Impressions! (But you know what? I’m still feeling it.).

As a bonus, I threw in two more songs, both from Sunny and the Sunliners’ Live In Hollywood album. Sunny and his crew were, of course, not L.A. natives but from San Antonio but their particular brand of Chicano soul undoubtedly meant they had a huge fan base out here. I could be wrong but part of this does sound like a “faked” live album, which is to say, the audience noise is piped in over studio recorded tracks but so long as the fidelity is good, I don’t care if it’s live or Memorex. (I did add “Run Away” partially to include what certainly sounds like a portion recorded live). “The One Who’s Hurtin’ Is You” is killer; need that one on 7″… 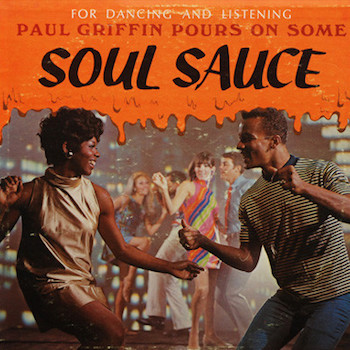 DARONDO: DIDN’T HE TREAT US RIGHT?