Sorry for being out the mix for a min (you know the drill). Two quick 7″ cuts for you that I’ve been snacking on myself.

Posse was a short-lived, Motown-connected group, known best for both opening for the Temptations opening act as well as being Eddie Kendricks’s proteges. You can certain hear the latter’s influence on this single, produced by Kendricks and written by both him and Ronn Matlock, presumably for the Temptations’ baritone Paul Williams. The timeline is a bit fuzzy here…some seem to think that Williams’ recorded the song first (you can hear his version here) but then it was shelved because of his declining health and fortunes (Williams tragically committed suicide in 1972). Regardless of who recorded it first, Posse’s version was the only one to get an official release.

Maybe it’s just because I heard the Posse version first…maybe it’s because its connection to Kendricks makes me think “falsetto” but I do prefer who the song sounds with a falsetto rather than Williams’s baritone. Especially given the ballad’s sad sack lyrics, the sweetness of the vocals seem to fit in better and regardless, it’s just an amazing arrangement in terms of how it builds and switches up.

I’ve really been enjoying The Independents’ “I Love You, Yes I Do”, the b-side to their #1 R&B hit, “Leaving Me.” Call me crazy but as much as I’m digging on this, doesn’t it sound awfully like Smokey and the Miracles’ “More Love“? I’m just saying. Regardless, on vocals here is Chuck Jackson – not the former Motown artist, but rather, Jesse Jackson’s brother. The Independents were only around for a couple of years though they rattled off a string of hits during that time and the group’s Jackson and Marvin Yancy were also the team behind Natalie Cole’s first big smash, “This Will Be.” 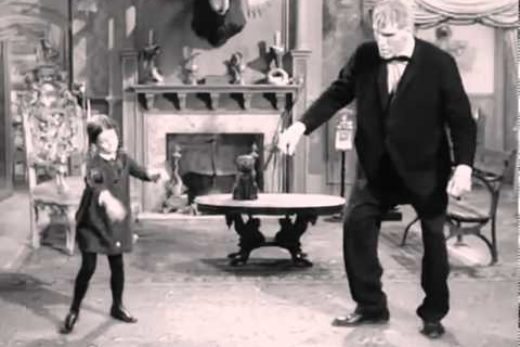 THE ADDAMS FAMILY TURNS IT LOOSE