Harold Melvin and the Blue Notes: Hope We’ll Be Together Soon
From To Be True (Philly Int’l, 1975). Also on If You Don’t Know Me By Now.

Stanley Turrentine: Hope We’ll Be Together Soon
From Everybody Come On Out (Fantasy, 1975)

Sample hounds should enjoy this post but really, my inspiration was just enjoying how great a tune Melvin and the Blue Notes’ “Hope We Can Be Together Soon” is, both in terms of the musical arrangement as well as the vocal duet on the track between Sharon Paige and Melvin (with a little cameo shot by Teddy P). I believe the highly descriptive “mad soulful” would be quite apropos here. Seriously, beautiful tune.

Turrentine’s take on it is…well, I’ll be honest…a little cheesy (sorry, but sax jazz in that era was very hard to take serious), but what I enjoy about it is its interpolation of that distinctive opening on the original but flipped with different instrumentation for a funkier sound.

Fans of Chi Ali will no doubt recognize Turrentine’s version since it was liberally sampled to craft “Age Ain’t Nothin’ But a #” but more casual hip-hop fans may not have heard INI’s “Krossroads” before since it appeared on their then-unreleased album, Center of Attention from the mid-90s (that album had so many killer Pete Rock productions, seriously). I thought it be nice to give those folks a chance to peep how Melvin’s original was put to use.

AND FOR SOMETHING UNEXPECTED 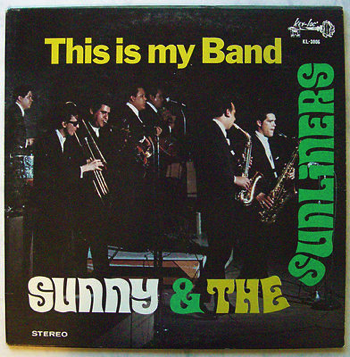 SUNNY AND THE SUNLINERS: GRAZING IN THE GRASS (1970s)

GOOD OLD MUSIC: SO NICE, THEY FLIPPED IT TWICE