I’ve been patiently waiting to get this LP for damn near 5 years now and finally, the opportunity presented itself. Just goes to show – patience is the best virtue for diggers, not a fat wad of cash (though, that can’t hurt). (Thanks Chris/GM!)

Nathan Davis is known in jazz circles as one of the most accomplished musicians “to ever be almost completely overlooked by the American press,” since the bulk of his early career was mostly based in Europe. His first five albums were all recorded in Europe, including several LPs for the famed German imprint, Saba.

If was Davis’ third album recorded in the U.S. and while most of his other titles are valued for the saxophonist’s virtues as a straight-ahead and spiritual jazz player, If has become legendary among soul-jazz circles. The whole album isn’t hopped up on that funky stuff but a trifecta (“Tragic Magic,” “Stick Buddy,” and “Mardi Gras”) are all excellent soul-jazz songs that combine the playing powers of Davis on sax AND flute, Abraham Laboriel’s basslines and Dave Palmar’s sharp drum work. “Stick Buddy” also features more prominently the electronic keys of George Caldwell. Especially for an album from ’76, this is surprisingly tight and doesn’t betray the pandering to bad disco that other jazz and soul artists indulged in, nor limp fusion either. 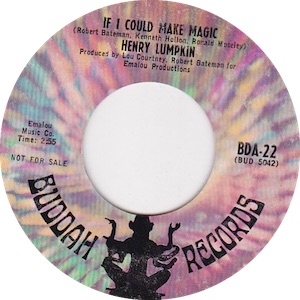