Eugene McDaniels: Freedom Death Dance and The Parasite
From Headless Heroes Of The Apocalypse (Atlantic, 1971)

Yeah, I’m still here. Anyways…maybe this is just a sign that the amount of music worth blogging about is finite (not likely) or just a coincidence but I’ve been working on this post for a few days and right when I’m ready to put it up…Evigan Funk does a Headless Heroes post at the same time. The upside is that we’re posting different songs so maybe it works out quite well after all. In any case, EF posts up more biographical info than I do.

A few weeks ago, I was having a conversation about the 24 Carat Black LP and Hua said, “yeah, it’s so much more than just a digger’s album” upon which I said, “like the Headless Heroes LP” and Hua quickly put me in check and suggested that this McDaniels album was far better than I gave it credit for. And he was right.

Now that I went back to actually listen to it, the album truly is much more than just about “Jagger’s Dagger” (a favorite of break compilations). Supposedly, the social/political content of the album had the Nixon administration nervous and they basically shut down the LP’s distribution (hence it’s rarity and status as a “Holy Grail” find).

For a protest album, McDaniels’ musical temperment isn’t one of outrage – hot and heavy – but rather, melancholy and moody. He indicts through solemnity. McDaniels isn’t a stellar vocalist but there’s something alluring about how he sings here…reminds me a lot of what Chet Baker might have sounded like as a soul artist: very smooth, goes down easy.

I picked these two songs because I like how they sound but I admit, if you listen to the lyrics of “The Parasite,” the song’s well-meaing but 1) rather redundant and 2) a little patronizing in its attitude towards Native Americans. But hey, I just like how it grooves.

THROW IT DOWN FOR JAMES BROWN 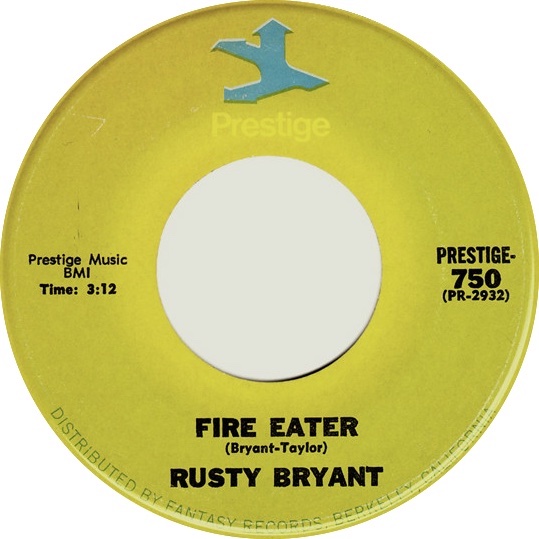