In my humble opinion, Barbara Lewis’s 1963 hit, “Hello Stranger” is one of the best jukebox singles of all time. Now, I might think this because it does appear in at least two jukebox movie scenes that I know of, most (recently) famously, in one of the last scenes in Moonlight as well as (perhaps not coincidentally) in one of the last scenes of last year’s Giri/Haji series on Netflix. But beyond those scenes incepting my above claim, I also think Lewis’s is a song absolutely suffused in nostalgia — just listen to the lyrics — and I’d argue that since at least the 1970s, jukeboxes have been imbued with nostalgic symbolism (at the time, it was for the 1950’s) and continues to have that totemic quality (watch any of Wong Kar-Wai’s early films for example).

Anyways, this brings me to Derrick Lara’s 1982 cover, originally recorded for Masai Records, a spin-off of Jamaican American producer Lowell “Big Tanka” Hill’s Tanka imprint. I feel like Lewis’s original translates incredibly well to reggae, especially in how a riddim can carry that rhythm guitar over with ease. Lara’s is hardly the only example but it is, to me, one of the better one’s out there, a perfect distillation of what early ’80s lovers rock sounded like.

The one thing that initially threw me is that I didn’t realize how good Lara’s falsetto was so I initially assumed it was his sister Jennifer Lara singing on here (she actually covered the song itself in the mid 1990s) but nope, that is Derrick hitting those sweet high notes.

Best I know, there is no 7″ version of Lara’s cover though the British version (on Pama) came out on 10″ which was fairly unusual for the label overall though relatively common ~1982 for whatever reason.

You just read issue #4 of The Soul Sides Stray. You can also browse the full archives of this newsletter or subscribe here.

AL GREEN: GET NEXT TO HIM

JAZZ, TELEMARKETERS, AND MATH… WITH A CONTEST TO BOOT! 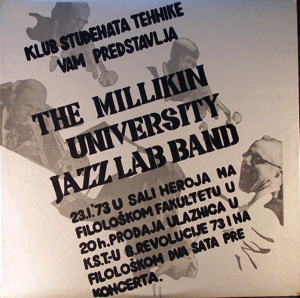