In Part One, Matthew Africa and I broke down The Emotions’ “Blind Alley” based on its production and arrangement. For Part Two, we look at how it’s been used as a sample source. (My comments are in plain text, Africa’s are in italics).

In general when producers categorize samples, they often break them down into either “loops” or “breaks”. A “loop” is any sample that’s repeated end-to-end to create a continuous pattern. This is frequently done with basslines, riffs, drum parts or even a whole arrangement, but a loop can be anything that’s repeated. By contrast, a “break” is usually composed solely of percussion sounds, although sometimes it will also include other elements– like a guitar stab or a vocal. An “open break” is a break with nothing but kicks, snares and hi-hats.

The first and perhaps most iconic use of “Blind Alley” was Big Daddy Kane’s 1988 hit, “Ain’t No Half-Steppin'”.

For that song, producer Marley Marl looped the first four bars of “Blind Alley” and layered a sample from ESG on top to create a classic.

The Daily Diggers gave the song a remix in 2005, chopping up “Blind Alley” into shorter one bar loops.1. There is also, of course, the original, official remix though it doesn’t change up the “Blind Alley” loop so much as strip down the entire arrangement.

Three years later, AMG capitalized on the same four bars for his hit “Jiggable Pie“. It’s such a simple, effective loop that AMG didn’t even need to dress it up with additional samples. A year after that, Teddy Riley crafted a bigger “Blind Alley”-sampling hit, Wreckx-N-Effect’s “Rump Shaker“, which paired the first bar of “Blind Alley” with a saxophone part from the Lafayette Afro Rock Band’s “Darkest Light“. Then one year after that, Dave “Jam” Hall looped the first two bars to create the most popular use of all, Mariah Carey’s “Dreamlover“.

LL Cool J: Pink Cookies In A Plastic Bag Getting Crushed By Buildings
From 14 Shots to the Dome (Def Jam, 1994)

Again, Marley used a loop from the intro, a full bar, but this time he instead opted to use the first bar of what Oliver refers to as the minor loop. Minor key or no, it definitely has a darker, more unsettling feel than the main loop.

This was always a weird song to me on a few levels. For starters – the title. If you visualize it…ewww. But more than that, I kept thinking, “why is Marley reusing a massive sample just five years later?” In time, I think I’ve come to appreciate this better, especially since, as Matthew notes, he starts with the so-called “minor bar” (i.e. the 3rd bar) and as subtle as that shift is, it does change the tenor of the song. Worth noting too, Easy Mo Bee’s remix of this song, from its original 1993 12″ release, came out two years before Q-Tip hooked Mobb Deep up with “Give Up the Goods.” If you ask me, the remix wins over the album version.

“Blind Alley” isn’t an open break– there’s never a full bar without keyboard and guitar intruding over the drums. Nonetheless, a few producers have managed to craft what sounds like an open break out of “Blind Alley”, such as A Tribe Called Quest for their “Scenario” remix or Buckwild for Sadat X’s “The Lump Lump“. In each case, because there are organ and guitar sounds over the first beat of every bar, creating what sounds like a full bar of open drums requires copying a kick drum from later in the bar and placing it on the first beat.

Many other producers have instead opted to create half-bar loops of the drums, leaving bits of the other instruments on top of the drums. This creates a propulsive, lurching feeling; these songs never settle into a groove, instead it feels like someone is poking you to attention at all times. Strangely, it seems like all of them seem to opt for sampling the left channel over the right channel. (E.g., “Jussumen”, “Unsolved Mysterme”, “4 Better or Worse”, “Comin’ for Datazz”, “Phony Rappers”.)

Gang Starr: Comin’ For Datazz
From Hard to Earn (Chrysalis, 1993)

This is my favorite example of that half-bar drum loop, especially because Primo purposefully seems to leave in part of the guitar to just add a slight melodic note besides the drum itself. I could be wrong but I also think the bassline on this song is chopped up from the right channel guitar.
(Listen here for the difference).

Between the full four-bar loop Marley introduced and all these .5 bar examples are a slew of one-bar loops. That includes Das Efx’s “Klap Ya Handz,” Redman’s “Redman Meets Reggie Noble” and Craig Mack does something similar (albeit buried deeper in the mix) on “Funk Wit Da Style“, all of which uses the same “3rd bar/minor loop” that “Pink Cookies” does, but only for a single bar instead of two.

My favorite example though is by King Sun:

I could be wrong but it sounds like producer Hollywood uses a one bar loop of the sixth bar of the song; I’m not sure if I’ve heard another song flip this particular section. He also seems to layer in a different part of the “Blind Alley” keys on the fourth beat of the loop. (Yeah, it gets confusing).

Last, but not least, Matthew hepped me to this other, unique sampling of “Blind Alley”:

I think it was produced by Mathematics and was supposed to be on his 2010 Return of the Wu album but never come out for some reason or another.

I love how he uses the entire 8 bars of the intro, but only the right channel. It’s such a simple tweak but it really makes the sample feel fresh. It’s so much more aggressive without the organ part!

Agreed: like Matthew, I thought it was surprising no one’s ever really messed with a strictly “right channel sample” from “Blind Alley.” Glad to hear someone do it, especially on what’s clearly a “Ain’t No Half Steppin'” inspired track. And an 8-bar loop no less! 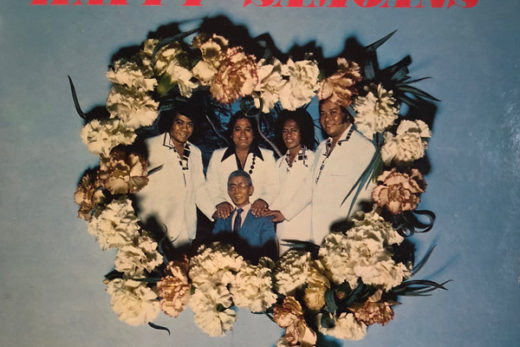 LIVE AT THE CHINA ROYAL: A FUNKY ODE TO THE CHOW MEIN SANDWICH

BRENTON WOOD: BETTER COME GET IT