The purge continues; I’m up to the “J” section now. Here’s a few from the last set of crates I cleaned through:

I’m not sure why “It Takes Two” needed an “answer” record; it’s not like dude was dissing anyone by name. But most likely, Icey J was trying to get some shine by stirring up controversy in dissing Rob Base. This won’t rank anywhere near “The Bridge is Over” territory but I was rather amused by the ways in which Icey J flips Base’s own lines back on him:

“stay away from me/you might be contagious”
“now you’re internationally known/but you still can’t rock a microphone”
“you hate buddah/that’s ok/but you can’t stand sex?/you must be gay”

I don’t know if Green was the worst celebrity rapper ever (there’s a few ball players who need to be in that convo) but he certainly had one of the most inexplicably bad voices out there. Was that some attempt at an affectation? I never watched 90210 but I have a hard time imagining that Green sounded like Ahmad on helium. The real tragedy though is that this song completely wastes solid contributions by the Pharcyde crew with L.A. Jay and Slim Kid Tre, who produced the single. This “Jazz Mix” is especially great, making beautiful use of Ahmad Jamal, but it’d take another ten years to hear it redeemed.

I can’t think of a ton of indie hip-hop singles out of Hawaii but I dug up this EP from ’99. Two-thirds of the songs were “meh” but I’m feeling the track on this one.

A lesser known posse cut in the same vein as “All In the Same Gang” except, instead of trying to dial down the violence, the message here is “no justice, no peace.” You’d think this might have been post-L.A. Uprising but the lack of lyrics about the riots suggests this was recorded pre-April. DJ Pooh, King Tee, Mr. Woody and T-Bone produced this suite-style track that switches things up at least six times; the last section is especially diesel (note: Ice Cube’s verse is what he’d later put on “We Had To Tear This Motherfucker Up”).

I remember that folks were sweating this 12″ b/c Lord Finesse produces the B-side (“Dig On That”) but I always preferred “One Two,” produced by the group themselves.

STARTED FROM THE BOTTOM NOW WE HERE 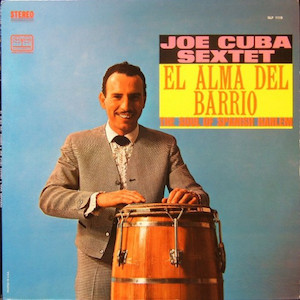