By sheer coincidence, besides that Willie West 7″, I also picked up two different “answer” singles at Records L.A. last week. As the name suggests, they are meant to follow-up on other (almost always, far more famous) songs and in that sense, they’re both covers AND originals. In the case of the Vicki Anderson (I’ve had a crappy VG- copy for years and finally decided to upgrade), “Answer to Mother Popcorn,” she’s hollering back at James Brown and his big hit, “Mother Popcorn” (Brown got a lot of mileage out of the “Popcorn” dance in his music of that era), flipping Brown’s leering gaze into a funky feminist anthem.

With Bobo Mr. Soul…I initially thought this was Willie Bobo under a different name but nope, that’d be Beau Williams from Houston. Here, he’s answering (appropriately enough) Honey Cone’s big hit “Want Ads,” though unlike the relatively fresh track Vicki was grooving on, Williams tends to stay fairly close to the original arrangement.

Lastly, there’s no “answer” in the title but clearly, Joyce Jones is talking back to Tyrone Davis’ great “Can I Change My Mind?” I really love the musical flip here – it’s reminiscent of Davis’ OG but changes things up enough to put a different spin on it and make this all its own. Same goes for Jeanne and the Darlings’ slept-on answer song to Sam and Dave’s classic “Soul Man” – they built their arrangement off some “Soul Man” riffs but don’t follow it so closely to be identical.

GET ‘EM WHILE YOU CAN! 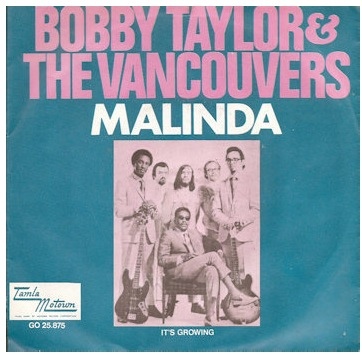 7 DAYS OF SOUL: BOBBY TAYLOR AND THE VANCOUVERS