Joe Cuba Sextette: Siempre Sea
From Diggin’ the Most (Seeco, 1964)

First off, be sure to check out my NPR.com piece on Joe Cuba’s musical legacy since there’s five other songs to take a listen to there.

Joe Cuba will forever – and rightfully – be associated as one of the pioneering forefathers of Latin boogaloo. With the remarkable success of his “Bang Bang” in 1966, Cuba helped usher in the incandescent popularity of the boogaloo style in New York’s Latin scene first, then watched it go worldwide as the boogaloo caught on with the greater Afro-Cuban community.

Notably though, Cuba was unusually modest in his total amount of boogaloo recordings – really just two albums worth between Bang! Bang! Push! Push! Push! and My Man Speedy. This stands in contrast to someone like Pete Rodriguez, another one of the main people in the scene, who recorded at least four-five boogaloo albums during the style’s 1966-68 reign in NYC. I don’t really know why Cuba wasn’t recording more, especially since he could capitalize on the immense success of “Bang Bang” (or perhaps that single’s success allowed him to be more laid back than his peers).

This is all the more significant in noting how Cuba’s pre and post-boogaloo careers were far more prolific yet their respective legacies are less recognized. Cuba formed his first band in the mid-1950s, when New York was still in the throes of the mambo era and the slower cha-cha-cha was also coming into vogue. Cuba’s albums of the Mardi Gras imprint – which I personally haven’t heard – seemingly focused heavily on cha-cha-chas (which may explain his comfort with adapting those rhythms into boogaloo a decade later) but by the time he signed with Seeco in the early 1960s, he was also working with the then-popular pachanga style as well as early Latin soul boleros, the best known being “To Be With You,” originally written by former Cuba bandmate Willie Torres but sung on Cuba’s Steppin’ Out album by one of his two main vocal partners, Jimmy Sabater.

I actually didn’t discover Cuba’s Seeco output until the last year or so despite having been quite familiar with his boogaloo albums for many years.
Those early ’60s albums of his were a small revelation in showcasing how deep Cuba’s career ran and how capable he was as a Latin bandleader. It certainly helped that Cuba’s Sextet was one of the best small bands in the business, blessed with serious songwriting talent in the form of Jose “Cheo” Feliciano, Nick Jiminez, Jimmy Sabater, Willie Torres and others. It also helped that all three of his Seeco album were produced by Joe Cain, one of the best Latin producers in the game.

This post highlights songs from that period, starting with “A La Seis,” a fun, catchy little pachanga from Steppin’ Out, Cuba’s first album on Seeco. I don’t know a ton about pachangas…except that I’ve yet to find one I didn’t like. It was a huge hit in the New York Latin scene in the late 1950s through early ’60s; it’s hard to find many Latin albums of that era without a few pachangas and on Steppin’ Out, Cuba balances the album with an equal number of mambos, pachangas, cha-cha-chas and boleros.

On that note, I had to also post “To Be With You,” which would become Jimmy Sabater’s signature song throughout his career (including up through his disco era). You can hear how Latin soul got its origins – the subtle blend of Afro-Cuban instrumentation with vocals that wouldn’t have been out of place on a Jimmy Hartman or Sinatra LP.

“Siempre Sea” is from Cuba’s second Seeco album, Diggin’ the Most and right with how the song opens with what sounds like a I-IV-V progression, you can already make the linkages between this mambo and the future boogaloo sound. What makes that even more striking is the fantastic use of call-and-response on the song here (another staple of the boogaloo sound).

Lastly, we come to Comin’ At You, the best of Cuba’s Seeco albums by far (in my opinion). I’m not sure if it’s just luck of the draw or if Cain and Cuba just hit a real stride here but song-for-song, Comin’ At You is a monster, with some of Cuba’s best guaguancos (“Pancho Foo” and “Tremendo Coco”), mambos (“So What?”) and cha chas (“Stuff ‘N Things”). I was seriously torn as to what to pick off of here and so I just went with two favorites: another pachanga – “Chichon (Juan Ramon)” – and “Tremendo Coco.” As I wrote in my NPR.com piece, the latter song would get remade nearly 10 years later into “Salsa Ahi Na’ Ma'” and since I highlight that song for NPR, I thought I’d give Soul Sides’ listeners a taste of the original. It is quite interesting that even at this early point (1964), Cuba is deploying “salsa” in a musical context even though it’d still be at least half a decade before the salsa movement swept over NYC.

As for “Chicon (Juan Ramon)” there’s more of that call-and-response that I can’t get enough of plus I’m feeling the piano montuno that anchors the song.

In the next installment, I’ll move into Cuba’s years with Tico Records and how the blueprint for boogaloo came together. 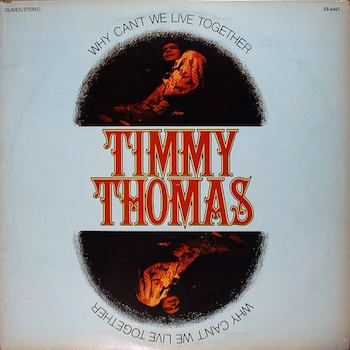 BLAZE IT UP: FUNK HEATERS