Soul Men has a dubious history behind it considering that it stars both Bernie Mac and Isaac Hayes. Plus, judging from the trailer, it looks like the Black version of Blues Brothers…but not necessarily destined to be a classic. For the film, Stax commissioned a slew of folks to record both new songs and covers of classic soul tunes, including “I’m Your Puppet” by the Purify brothers.

And coincidentally, Seal is currently touting the lead video to his new album of soul covers: a cover of Sam Cooke’s “Change Gonna Come.” (You’ll have to pardon the thin, mono mix but that’s all that’s available for it right now).

So what’s the verdict?

I’m on the fence with Seal’s song. It begins fairly close to Cooke’s original but then shifts towards the end but either way, this comes up a bit short for me. I can’t really pinpoint to anything technically wrong – Seal has a great voice and he executes this well – but with a song like “Change Gonna Come”; it is such a definitive song in the soul canon that it’s very hard to effectively cover without simply reminding people how good the original was. There are very few artists who have managed to even approach the power of the original – that includes Aretha Franklin’s take – but we’re talking rarefied company and while I think Seal has the vocal chops, the song still doesn’t achieve that transcendent moment you’re hoping for. I’d rather hear him tackle something a bit more obscure. I’ll reserve final judgment until I hear the album; I’m curious to hear him do “I Can’t Stand the Rain” (Ann Peebles).

As for John Legend taking on the Purifys…I was more open to this, partially because it doesn’t hide that it’s a contemporary cover – this was clearly recorded now and not back in the ’60s. Also, “I’m Your Puppet” is a more forgiving song to cover – what makes it such a classic has more to do with its signature melody than the Purifys’ original vocals. So in essence, as long as you keep that melody intact, you can come at this song any number of ways and generally, it’ll sound good (check out Jimmy London’s reggae version for example. There’s also Marvin Gaye and Tammi Terrell’s duet version.) My point being: I think Legend does a fine job here – he puts his own vocal spin on it but sustains the main musical appeal of the composition.

Elsewhere, if you haven’t checked in on Side Dishes lately, here’s what you’ve missed:

JUDGING RECORDS BY THEIR COVERS 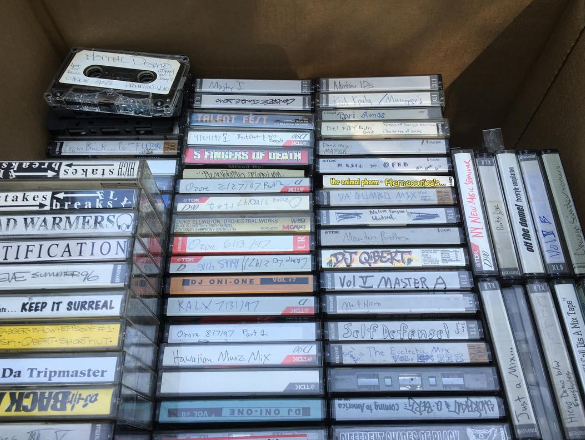