Having been in the music industry since the ’80s, Raphael Saadiq has been a part of numerous hits, whether his own solo work, with Tony! Toni! TonÃ©!, or by others (D’Angelo, Bilal, Joss Stone, John Legend and Mary J. Blige). â€œThe Way I See Itâ€ sees Saadiq reach way back to that sound of sweet soul music of the ’60s with its proclaimed Downtown Sound. The inspiration for the album came while Saadiq was on vacation and heard everyone listening to classic soul. Hearkening back to the sound of Motown house band The Funk Brothers, â€œ100 Yard Dashâ€ and â€œStaying In Loveâ€ have that classic backbeat and sound like lost Smokey Robinson and the Miracles sessions.

As a producer he knows how to stand in the shadows and let the music stand in the forefront. Longtime influence Steve Wonder brings along his harmonica while protÃ©gÃ© CJ Hilton takes the lead for â€œNever Give You Up.â€ Hilton sounds like a deadringer for milk carton soulster Ray Parker, Jr. The album looks back to numerous influences, not just Motown, for its feel-good rhythms. â€œOh Girlâ€ is cut from the same cloth as many of the Stylistics hits with next register lead vocals. A remix of the song featuring Jay-Z will be included on the album due to hit stores on September 16.

With its swinging horns, the production on â€œBig Easyâ€ almost sounds like Earthtone III helmed the boards. Each song sounds like period music, with â€œBig Easyâ€ being the song that sounds more like it’s trying to mimic the old soul sound. However, it’s the opening â€œSure Hope You Mean Itâ€ that really stands out. With its rolling piano licks, grooving bass line, and backup singers that set the perfect tone, you feel like there might have been a pressing error with a previously unreleased Temptations song starting the album.

To hear a preview of the album, log on to his MySpace page. While the biggest knock that one could make against the set is questioning whether or not it pays homage or copies the ’60s and ’70s sound, to that I retort that with its cohesive sound, so what? There are much greater evils being churned out of the music industry mill today. We should champion good music – not drag it down. If Stevie can dig it, then so should we.

Oliver’s Note: I just wrote about this CD for Side Dishes as well, with two other songs to check out. The short story is that I like this album, quite a bit, but it feels a bit…I don’t know…perfunctory? Well-executed but it feels like a competent exercise at times rather than a wholly passionate artistic endeavor. Just my .02. 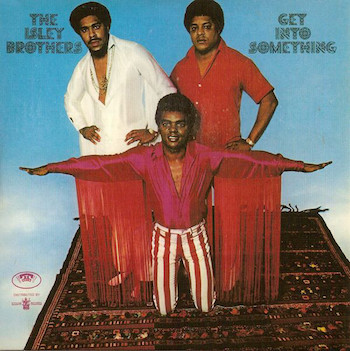 EDGE OF THE NEW SCHOOL