First of all, a quick SSV2 update: I finally got in everything: LPs and CDs. LPs all went out over the weekend. CDs are packaged and ready to ship but I’m nursing a stomach flu bug that’s kickin’ my a– right now so I wasn’t able to take stuff down to the post office today. Hopefully, by tomorrow, I won’t be laid out as badly.All CDs went out on 6/13.

Second, congrats to J. Thorton who won the copy of the Mingering Mike book for correctly guessing the eight record label logos in the new banner. They are, in order: Black Jazz, Tommy Boy, Stax, Tico, Prestige, Wackies, Motown and Def Jam. Most people got everything except for Tico and Wackies was especially tough for many.

Lastly, here’s parts 2 and 3 from my old radio show.

(Just to note: the mix was done without the benefit of a mixer or crossfader. I had to mix it through the studio board). 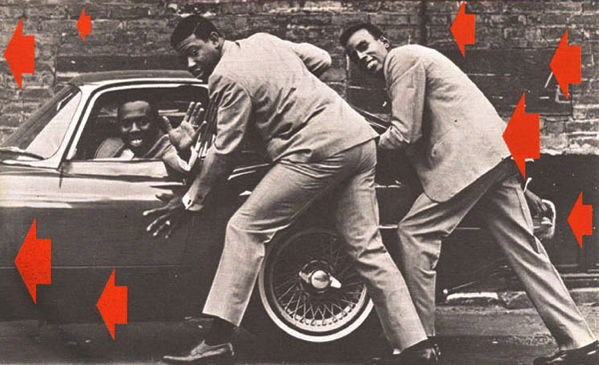 THE IMPRESSIONS: KEEP ON TRYING