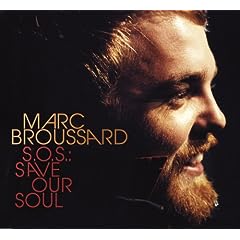 Nicole Willis: Sunday Nite + You Better Change
From Be It (Sahko/Puu, 2004)

Given that I’m such a fan of the last Nicole Willis album, I was curious as to what her album before that, released in 2004, sounded like. Those expecting a more proto-version of Keep Reachin’ Up will find instead that Be It is far less retro-soul and far more neo-soul. I wouldn’t say these two songs from Be It will clarify that difference though “Sunday Nite” certainly fits into this kind of throwback disco vibe that I always associated with folks like the Brand New Heavies and Dee-Lite whereas “You Better Change,” the lone cut off this LP recorded with the Soul Investigators definitely has that retro-funk groove going for it, ala Sharon Jones.

At the very least, Be It is an interesting peek into Willis’ evolution between the two styles. Personally, while her voice is solid in whatever sub-genre, I definitely think her and the Soul Investigators really made it happen on Keep Reachin’ Up in a way merely hinted at on Be It.

As for Broussard, this Louisana singer/songwriter (and son of guitarist Ted Broussard) is now on his third album and though he’s always dabbled in R&B/soul influences before, S.O.S. is his most obviously soul-influenced recording to date. I’ll say this much, dude looks like a young Dr. John and has some of the best vocals I’ve heard on a blue-eyed soul artist. As with my chit-chatter regarding Amy Winehouse, I do find it fascinating that it seems like the vanguard of those keeping classic Black soul and funk in rotation are White these days. With Broussard, I’m not familiar with his older albums but in listening to S.O.S., I feel like this is a well-intenioned homage that doesn’t quite gel for me. Most of the album are covers – “Yes We Can” by Allen Toussaint/Pointer Sisters, Marvin Gaye’s “Inner City Blues,” the Staple Singers’ “Respect Yourself,” etc. and most of them are too loyal to the original that comparisons are impossible to avoid and Broussard and his producers simply don’t bring enough to the table to compete.

To rip off American Idol-speak – if you’re going to cut a cover, you better find a way to make it your own; fail that and the best you can have is a well-executed revue band tune. It’s for that reason, I couldn’t really get into “Inner City Blues” or especially Al Green’s “Love and Happiness.” Both are such signature songs that really, they’re best left alone unless you’re going to invent them and Broussard doesn’t do enough with either to approach that level.

I did like his cover of Bill Withers’ “Kissing My Love,” but then again, I like almost every cover of “Kissing My Love” I’ve heard. There’s something to Withers’ songs that make them easier to remake, probably partially because his voice – while beautiful in its own way – lacked the distinctive, gospel-tinged nuance of other soul vocalists like Green or Retting.

However, I really liked Broussard’s “Come In From the Cold” which I initially thought might have been a Joni Mitchell-cover but is, I think, his own composition and it’s here, where Broussard isn’t trying to live up to anyone else’s potential but his own, that he sounds great. So good in fact that John Legend is probably wondering why he didn’t cut this song. It’s a lovely, lovely ballad.