I’ll be spinning Latin sides at Barrio Funky this Saturday in Chinatown. Don’t forget, if you’re in L.A. and want to brave the rain, me, Thes One, Phatrick and Sean O will all be holding it down at Devil’s Pie on Thursday night (Wolf + Crane in Little Tokyo) to celebrate our SS@10 anniversary.

I’ll probably bring 5-10 personal copies (read: burned to CD-R) of Soul Sides Vol. 3 with me. Just holler at me for a copy if/when you see me.

Soul Sides – the audioblog version – turns 10 years old on 2/28.1 Frankly, I canâ€™t believe itâ€™s already been 10 years but here we are. I wonâ€™t wax rhapsodic about this anniversary for too long but letâ€™s just say that it was far more â€œsuccessfulâ€ (however one defines success) than I could have ever imagined and I am so very thankful for the opportunities itâ€™s created and how itâ€™s connected me to folks around the country and world.

I’m not going to make too big a deal of all this. We will have a local L.A. party in celebration at Devil’s Pie in Little Tokyo next Thursday. Thes One will be joining me and resident DJs Sean-O and Phatrick. But, I did think the anniversary was a good excuse to roll out the unofficial Soul Sides Vol. 3. I’m going to sneak-peak a few songs off of it tomorrow, during my Shades of Soul show which will be dedicated to some of my favorite songs that I’ve shared through the site these past 10.

I will have a limited number of CDs of Vol. 3 to give away next week, in person. I’ll also make it available through Mixcloud or something similar. I’m not selling it so this is my gift back to y’all. More info on that next week. Come see about me. Yours truly with a 45 min set. The folks at Cultures of Soul have a new CD/LP out – World’s Funkiest Covers – and obviously, this is of interest to moi! There’s some of my personal favorites on here, including Nostalgia 77’s wicked remake of “Seven Nation Army” by the White Stripes and, of course, Ray Barretto’s epic “Pastime Paradise” cover.

You can peep some samples off the album below:
World’s Funkiest Covers Preview by Culturesofsoul

(Contest over. Winner to be announced in our next post).

2) COS, DJ Phatrick and I are all teaming up for next week’s Devil’s Pie, where I’ll put together a new covers set (hopefully, the beginning stages of a new mix too) for the occasion.

On that note, one artist that will be included in my mix next week is this:

The Katzenjammers: Cars
Do That To Me One More Time
From Panatics (S.E. Music/Long View, 198?)

I first learned about this incredible steel drum cover of Gary Numan’s “Cars” some years ago when Red Hook reissued it on 7″. It’s so surprising a cover that you’d be tempted to think it was some new recording (after all, Cookin’ On 3 Burners covered this song not that long ago). But nope, this comes from an early ’80s album by the Katzenjammers. Besides the prerequisite cover of “Yellow Bird” that appears on every steel drum album ever cut, the album also proclaims (via cover sticker) that it has a version of “Do It To Me One More Time.” 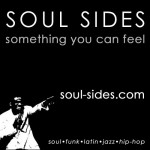 Here’s my Rock the Bells preview from the LA Times.
Here’s my live blog of the festival from yesterday.

And here are my “day after” thoughts…

END_OF_DOCUMENT_TOKEN_TO_BE_REPLACED

I’ll be sending in live updates from today’s Rock the Bells show, throughout the day. Here’s my preview for it from the LA Times.