(Editor’s Note: I love all the summer songs posts but I must say that I’m especially pleased to have convinced Ernest Hardy – one of my favorite contemporary writers – to contribute, especially given how much he was willing to write and share. I first began reading Hardy’s work when I started at the LA Weekly in the late ’90s and since then, I’ve come to appreciate how insightful and articulate his writing is about music, film, race, masculinity, sexuality, etc. I was especially happy to see that he’s compiled many of his best essays and reviews into Blood Beats Vol. 1 which just came out the other month – buy it directly from him and support one of my fellow broke writers. –O.W.)

Negroes reflexively do a waltz between past, present and future, between holding on to what has been while hurling ourselves toward what might be. Sometimes we hold too tight to the past and get stuck, to our detriment. Sometimes we hurdle too quickly forward and lose any sort of anchor, again to our detriment. And that particular dance is reflected in our art and our politiHave Fun (Again)
From Diana (Motown, 1980)

I was always a huge Diana Ross fan, but Detroit itself was kinda ambivalent toward the hometown girl made good. Their pride was tempered by the charges of â€œoreoâ€ and â€œselloutâ€ that reflexively trailed her name. But the year that she hooked up with Chic and produced her funkiest, blackest album, Detroit claimed her fiercely. The singles â€œUpside Downâ€ and â€œIâ€™m Coming Outâ€ (especially the latter) were huge, of course, seeping out of apartment windows, blasting from car windows and replayed at every party. But the album tracks â€œTendernessâ€ and the sing-along, custom-made-for-summer â€œHave Fun Againâ€ were just as popular, with everyone loving the fake-out fade-out of â€œHave Fun.â€ Fun-fun-fun-fun-fun-fun FUNâ€¦ Have funâ€¦ One of the things I most loved about the album was bonding over it with my much older cousin Randy. Back before stretches in prison and jail became media-hyped and industry-glorified rites of passage, most black folk still lowered their voices when speaking of a family member who was in or had been in jail/prison. There was shame around it. Randy had been in and out of juvie and then jail for as long as I could remember. But he was out that summer: cheekbones high, smile wide, â€˜fro flawless and his tight, cut-off-at-the-knees jeans driving all the girls wild for flashing his almost comically bowed but still sexy legs. Randy was â€“ and is â€“ the biggest sweetheart on the planet, just cursed with shitty luck and incredibly bad timing. Always caught up for petty or stupid shit. But still, prison had stamped him dangerous, mysterious, in my young eyes. I was intrigued by him but a little afraid of him. One day, dusk falling, just the two of us sitting on the front porch, â€œHave Fun Againâ€ playing loudly on someoneâ€™s radio, Randy turned to me with a grin and said, â€œYour girl is bad. Thatâ€™s good shit right there.â€ And he sang along. And it was.

Some call-a-number then call-another-number then call-somewhere else to get the address warehouse party in Los Angeles. Too many people, too little air. Bottled water too expensive. Caron Wheelerâ€™s voice shimmers a cappella through the speakers and hands shoot up in the air, spines liquefy and asses figure-eight. Bodies jook to that beat and the crowd becomes a choir: However do ya want me / however do you need me. And I could swear that a cool breeze floated in from somewhere. Sensuality, a cosmopolitan vibe rooted in Motherland consciousness and a future-sound molded from stripped down beats and the loveliest of sweet, sweet voices all aswirl.

The Isley Brothers: Fight the Power
From The Heat Is On (T-Neck, 1975)

A one-two punch that bottles the brilliance and the range of the Isley clan. Long before Ron became the creepy ass uncle that no relative in possession of a vagina wants to be left alone with (Mr. Biggâ€¦ yawn), he really was that smoove luvva manâ€¦ Cooing respectful yet suggestive compliments, given seductive backing vocals and a fierce guitar solo by his siblings, â€œLadyâ€ was the cut that inevitably had the ladies strut their stuff on the patio, across the park, down the blockâ€¦ â€œFight the Powerâ€ was simply the get-the-party started jamâ€¦ Everybody and their mama loved/loves it but it seemed to really connect with the black men I knew. I think even two year-olds channeled some pent up frustration to spit the line â€œâ€¦all this bullshit going down.â€

It took a minute for me to make the connection. That nerdy muthafucka on all the billboards around town was the same guy who sang the sublime, ecstatic, when-does-he-take-a-breath â€œNever Too Much.â€ For real? A thousand kisses from youâ€¦ Teenage summer crushes, grown folks business and a soul-pop catchiness that snared everyone who heard it. Sitting in the backseat of one of my auntâ€™s or uncleâ€™s cars with my sister and cousins, trying to match Luther note for note, seamless breath for seamless breath, and collapsing into laughter after mangling a passage.

Clustered on the stairs of the back porch, me my sister and our cousins. Young versions of ourselves. Shorts, tee-shirts, summer dresses. Cornrows to let the scalp breathe and cut down on our mothersâ€™ summertime hair management. Popsicles in hand. I forget who kicks off our a cappella concert, but there we are, singing our hearts out: And in the morning when I rise, no longer feeling hipmatizedâ€¦ A performance that would repeat throughout the summer. 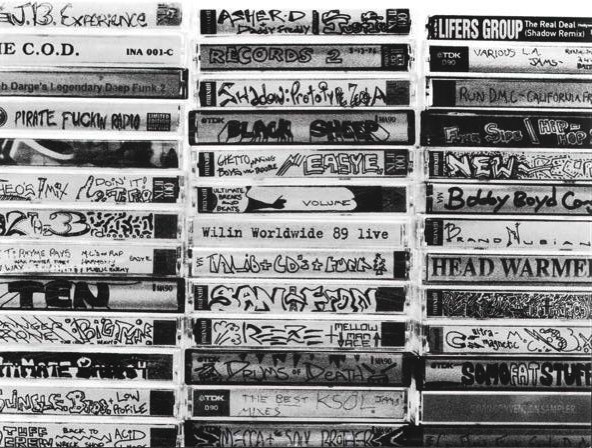