Let It Whirl is the first real cross-genre “party mix” I’ve worked on in (yikes) over 10 years. I had gobs of fun putting this together, especially since I consciously drew on certain songs/segues that I’ve chanced upon over the years, spinning out for dance floors. In case you care, I discuss the process in footnote #1

A high-quality mix can be purchased from East Bay Digital for $9.99

As I mentioned recently, I’ve made a few of my former mixtape free to listen to and eventually, this mix will join those ranks but for now, your purchase helps support this site. Thanks!

The hardest part for any mix, for me, is figuring out an opening and I keep a small section of spoken word and “kitchen sink” records on hand, just in case I might be able to flip something from them. In this case, I found the 1. opening (and title) for Let It Whirl from an LP of Langston Hughes poetry, read by the incomparable Ozzie Davis and Ruby Dee. Specifically, I drew from Hughes’s “Juke Box Love Song and the moment I heard Davis intone, “take Harlem’s heartbeat/make a drum beat” it was pretty much *click* inside my head and I went to find Tanaa Gardner’s “Heartbeat.”

I certainly considered playing more of “Heartbeat” and even now, I feel like I should have but for whatever reason, I wanted to quickly transition into 2. SWV’s “Anything” (though, in hindsight, I could have also used Freedom’s “Get Up & Dance” first and then dropped the SWV in but whatever). Always liked the “like that y’all” way the song begins; it helps build some anticipation before the main beat drops in and heck, any excuse to revisit SWV’s catalog is a welcome one.

I debated whether or not I wanted to drop in the Wu verses from the remix but opted instead to mix into 3. Supreme Nyborn’s “It’s Like That,” a slept-on B-side from the early ’90s. (I’m only realizing now that the “like that y’all” that begins the SWV song is echoed here but that wasn’t conscious on my part). Nyborn is part of a huge generation of rappers from that era who had major label support but simply aren’t remembered by most casual fans despite releasing some quality output. Most of his early singles were on Payroll but this single came out after he had gotten signed to Next Plateau.

4. “Sand Step” by the Nilsmen is a 7″ I learned about through Cool Chris at the Groove Merchant. It’s a Swedish track from the late ’60s, what some describe as “freak beat” but to me, it’s just plain funky. Speaking of which, the next two tracks get deeper into the funk lane with a double-dip of NOLA flavor. 5. is a long-time favorite, “The Hen” by Louis Chachere. The rhythm section puts in crazy work here (esp. the horns) while I gotta give it up to the tambourine player on 6. “Funky Soul” by David Batiste and the Gladiators. First time I heard this, I assumed it was some $100+ joint and I marveled at the fact that you can pick up the version on Instant for less than $40, which is a ridiculous bargain in my opinion.

7. is the “Makossa Mix” of Antibalas’s cover of Willie Colon’s “Che Che Cole.” To me, this is “all-time greatest” status, the perfect balance between Afro-beat and Latin funk sensibilities. I learned years ago, by accident, that it also mixes perfectly with 8. “Hey Ladies” by the Beastie Boys. My ear’s not good enough to say this with absolute certainly, but I’m guessing they mix in key. Out of the Beasties we have a lil exclusive: 9. “Mardi Gras” by Bob James…but without the bells. Look, I’m not trying to wade into the whole Biz Markie controversy but if you want the backstory behind this particular cut – which comes courtesy Thes One – you can read about it here.

In any case, the transition between “Mardi Gras” and the next two songs is one of my favorite parts of Let It Whirl. 10. “Green Garden” by Laura Mvula was on my master list of songs I wanted to consider for the mix and I realized “wait, we have ‘Mardi Gras’ without the bells and then we have a song that opens with bells…”. Kismet. And then, I was thinking about the sublime layering of vocals on Mvula’s song and realized I could play those off with the opening “doo doo doos” from 11. “He’s My Sunny Boy” by Diana Ross and the Supremes.

Staying in a Northern vein, I drop in 12. “There Will Be Tears” by the Mandells after that, followed by a long-time fave, 13. “Runnin’ Back and Forth” by Edwin Starr. I think I discovered this during my old, weekly Â¡Boogaloo! party but if you drop in 14. Steve Wonder’s “Signed Sealed Delivered” during the bridge on Starr’s song, the two line up magically. Motown probably planned it that way, for all I know.

From there, I do a quick mix into 15. “Listen to the Message,” a fascinating, post-civil rights song by D.J. Rogers. He’s from L.A. and we take a short trip up to San Francisco for 16. “There You Are” by the Chocolate Chips, a mid-’70s 7″ produced by H. Andrews. Then we come back to L.A. for 17. “Signs,” a standalone Donuts-related single by J Dilla (an obviously based around Brenton Wood’s “Gimme Little Sign.”

18. is one of my pet early ’90s hip-hop tracks: “Go Bang” by 9 Double M (this was before he simply became Nine). To this day, I’m not entirely sure if this was produced by Todd Terry and/or Funkmaster Flex and/or Kenny Dope but it sounds plausible that any of the three might have touched it given the sound. Next up: 19. “Friday Night” by the Young Gunz. This and 20. “Pump It Up” by Joe Budden were leftovers from a Just Blaze mix I had started (but never finished) years ago; seemed like as good a time as any to resurrect it. I didn’t credit the outro from “Pump It Up” but it’s just the sample snippet part of Kool and the Gang’s “Soul Vibrations” and that gave me the idea to then drop in 22. “Evil Vibrations” by the Mighty Ryeders. And since I was now in a disco mode, had to throw in 23. “Boogie Shoes” by K.C. and Sunshine Band.

I had debated staying in a disco groove but opted instead to shift back to soul with the fantastic, slept-on 23. “Stop and Listen” by Patti Drew. Years ago, listening to Drew shout “you better stop!” made me think of the early Charles Bradley and the Bullets’ 7″ 24. “This Love Ain’t Big Enough For the Two of Us” since he opens that by yelling “stop!” as well. I like the unexpectedness of the segue yet it totally works without wrecking the groove (in my opinion). From there, it’s onto another all-time favorite, Spanky Wilson’s incredible cover of “Sunshine of Your Love.”2 Next was another one of those “oh, this totally works” accidents when I realized that The Temptations’ cover of 26. “Get Ready” opens with a guitar riff that sounds pretty much exactly like “Sunshine Of Your Love.”

I really like the Prince of Ballard’s edit of 27. “Hey Joyce” and combo-ed that with 28. Lou Courtney’s original. From there, it’s into one of the best cheapie funk 7″s I know: 29. “Shimmy” by Toussaint McCall and given that I had upped the energy level, I wanted to stay in that zone so I put in 30. ” Wrath of Kane” by Big Daddy Kane. That song creates an ideal segue point at the bridge so I used it to shift into a short Latin set by dropping in 31. “Sauvitt” by Tommy McCook and the Skatalites. That song also provides plenty of quick mix opportunities which is how we get to 32. “Ochung” by Marius Cultier. And just to complete a trio of “strong Latin piano” cuts, we have a classic from Colombia’s Fruko, 33. “El Preso.” I once heard Bobbito DJing a party using the next track (which samples “El Preso”), 34. “Ay Ay Ay” by Tony Montoya so that was a natural bridge and something about the bump made me want to use E-40’s 35. “Tell Me When To Go” and somehow, that mixes well with the version of 36. “Berimbau” recorded by Brazil’s Wilson Das Neves.

The last set of songs begins with an old favorite by Tammi Terrell: 37. “What a Good Man He Is” and thematically, I kept things going with Gladys Knight’s 38. “Got Myself a Good Man.” The penultimate cut is another song I learned about from Thes One: The Continentals’ early drum machine jam, 39. “I’m Ready To Get Down,” which is basically a proto-house cut as far as I’m concerned. And along those lines, I threw in one of my favorite remixes, the 40. “6 A.M.” mix of “Saturdays” by De La Soul. It’s a super-long intro but thanks to the drum machine steadiness of The Continentals’ track, the two blend perfectly. It also has a nice “full circle” feel since I ended my first party mix, Groove Thing, with a different remix of “Saturdays.”

So there you have it…Let It Whirl. Hope you enjoyed it and hope it doesn’t take me another 10+ years to put out another party mix.

CAM’RON VS. JAY-Z: THE JUMP OFF 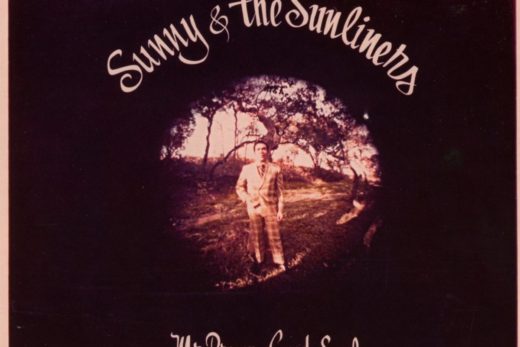 SUNNY AND THE SUNLINERS

OMAR: NO PARALLEL FOR WE TWO