Dee Edwards’ “(I Can) Deal With That” is one of the best crossover ballads I’ve ever heard but for the longest time, I had no clue that there were two versions on Deâ€¢To, from the same year1 It was Nydia Ines Davila (long-time Daptone PR chief), who schooled me to the fact that the two versions are based around the same master recording. What I assume to be the second mix (based on matrix numbering) is basically the original mix + strings + a tambourine and (to my ears), it’s mixed better 2.

I already owned V2 (w/ strings) and because I was impulsive and had some money to burn, I recently copped V1 and was able to do a side-by-side listening. So can you:

The consensus I heard was that V1 was better because it lacked the strings but to my ears? I have to say: V2 sounds better if only because the mix sounds a lot cleaner. What say you? 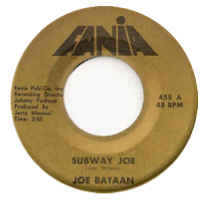