The nice thing about knowing a grip of smart people is that I can enlist them to provide serious commentary on silly things. Case in point: The “Harlem Shake” meme. I unabashedly admit that I’m fascinated by it; at this point, I’ve probably watched a few dozen versions and while there are some flat ones in there, by and large, I keep deriving immense pleasure in watching them. (My favorite, thus far, is the one at the 2:30 mark (aka v3). Any time someone is featured punching a blow-up giraffe, it’s a good thing.

Anyways, I wanted to get some folks to break down why they think this particular meme “works” – either sonically and/or visually. I reached out to folks informally; this wasn’t meant to be some kind of deep academic breakdown, more like “hey, so what do you think?” Nonetheless, being who they are, they still came with some A game material.

The first to holler back was Dr. Joseph Schloss, author of two seminal books on hip-hop culture, Making Beats and Foundation. Here’s what he had to say:

Two things stand out to me, aside from the standard tension and release thing created by having the beat drop out entirely for a few seconds before the 808 kicks in (which I think is important, just not unique).

One is the kind of weird additive rhythmic structure, which starts out sounding like it’s going to be a typical, dancehall/ Carribean/ragtime 3+3+2 feel, but turns out to be (if I’m not mistaken) 3+4+4+5, which I have never heard before. So, to me, that’s familiar enough to be familiar, but weird enough to be interesting.

Also, after two cycles, the pitch of the 808 drops by a full step from B flat to A flat (unless my guitar is out of tune). What’s interesting about that to me is that usually producers will either play an actual bassline on the 808 or just keep it at the same pitch and focus on the rhythm. This example kind of splits the difference between melody and rhythm by just shifting between two notes, each of which is used for an entire section of the song.

Then Dr. Loren Kajikawa, who teaches music up at the University of Oregon, added:

To me the most important thing about this meme seems to be the way music and imagery work together. Even if the rhythm is somewhat novel as Joe suggests, this formulaâ€“-instrumental buildup without drums leading to a climactic beat drop-â€“is a familiar convention in Electronic Dance Music (EDM). Mark Butler opens his book _Unlocking the Groove_ with a similar example of a DJ silencing the bass in his mix and the audience expectantly waiting for it to return. When the DJ drops the bass back in, he creates a climactic moment on the dance floor. Likewise, the Harlem Shake videos are playing on the increase in musical energy that occurs after the dramatic pause in the musical track. When the 808 drops, everyone goes bananas. In other words, these videos are giving us a visual representation of an EDM musical convention. This is why the meme is so immediately funny (to some) and so instantly copyable. Like a DJ dramatically adding and subtracting layers from the mix, producers of these video parodies can craft a million different scenarios that all foster a similar effect.

This actually reminds me of the meme of dancing to Santigold at a outdoor concert in Sasquatch to “Unstoppable”. One guy starts an evolution of dancing. Seth Godin blogged about Guy #3 in 2009. He writes: “it’s guy #3 who made it a movement.” I think he’s actually riffing off the sociological work of Georg Simmel (1950) who argued that the number of people in a group helps form the social relations which take place in that group. In these Harlem Shake meme viral videos, the actual movement serves a similar transformation in the group dynamic that is triggers when the beat drops.

Now, I ain’t gonna lie. I pulled my black card out (but I can do this cuz I have a Ph.D. in musical blackness) and asked myself why the Harlem Shake was invoked around such random and, as you called it, “tempered” shaking that shifts to “full on crazy dance”? Is there some unintentional meaning that could be read into it? These videos are not intentional or unintentionally racial. in fact that seem like a global party that even T Pain joins in. But it ain’t exactly a tribute the evolution of black social dances. Makes me think of your mention, in a recent post, of not being able to listen to Cantaloop anymore because of US3. After the first two versions on the link you shared, I didn’t even want to see another one of the Harlem Shake memes. However, the father and son one and the the Star Wars version had me crackin’ up.

But back to appropriating the name of the dance without the body of musical blackness to which it once belonged. Does the masking, the carnivalesque atmosphere when the beat drops, and the pelvic thrusts often of some non-black male body (and in one case a white female) significant to anyone but me? Just sayin. Or can we just eliminate the racial sediment that looms subtly behind this viral meme? I’d at least suggest there is a element of erasure at work since there are often parodies of other black dances that were once erased of their integrity through appropriation by the masses. In several of the memes I noticed whitened-up versions of the running man and that old stir the pot behavior that was supposed to emulate the cabbage patch.
Yet and still the meme works and it makes me return to my opening thought. I am more inclined to see a connection to the 6 million hits associated with the Santigold video but people remember the guy who started the dancing in her video rather than the musical artist who led to the moment. The crazy dancing wins again. And rapper Santigold goes the way of the original Harlem Shake in this case. #fadetoblack 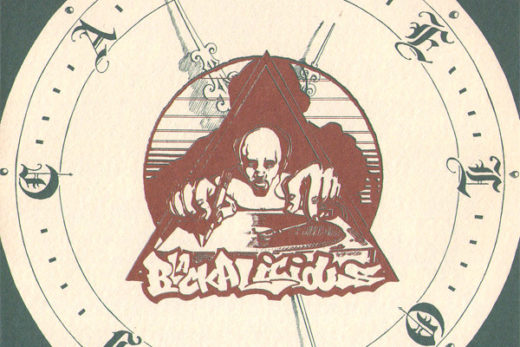