In the last few years, I’ve gone through a variety of different turntables as my primary digitizing unit. For many years, it was your standard Technics 1200 and this is, by any standard, an excellent record player, including for archival/digitizing purposes. However, 1) I want to keep my two 1200s together rather than splitting them, 2) I wanted a turntable with semi or automatic functions (i.e. auto-start/stop), 3) variety is nice. I’ve had 1200s since 1993; sometimes you want to stare at something new.

My first attempt was a Pioneer PL-530 from the early ’80s. It was pretty enough but I didn’t realize how much trouble owning a fully automatic turntable could be, especially one that wasn’t quartz-locked. The motor and power supply both needed to be repaired and frankly, it just felt like more trouble than it was worth.

Then I went way in the other direction and bought a Sondek Linn LP-12 from a friend. It’s the only higher end audiophile turntable I’ve ever owned and it was a grand machineâ€¦but it was also damn sensitive; I had to be careful of walking too heavily around it and besides, the model I had didn’t have a 45 switch; you had to manually swap out the rubber belt and push a metal adapter onto the pulley system. It was a hassle and so that too had to go. Back came the 1200 in the meantime.

I finally decided that what I needed was a turntable with all the reliability of the 1200 but with at least a semi-auto (auto-stop/return) function built in and that meant either the Technics 1700 or the SL-Q2, which is above.

Both are built on the same basic design and engineering principles of the 1200 though the 1700 is the closer match between the two. The trick with the 1700 is that they built at least two different models and the Mk I is not quartz-locked. For digitizing purposes, quartz-locking is preferable since it means your final product, when used for digital DJing purposes, is less likely to be that micro-second off in timing. So had I gotten a 1700, I would have needed the 1700 Mk. II. More expensive, not nearly as easy to find.

But then I discovered the Q2. It’s actually a little newer (just by a few years) than the 1700 and it is quartz-locked and like the 1700, is also semi-automatic. It’s slightly smaller than the 1200 chassis and lighter; literally not quite as heavyweight as what you may be used to with the 1200 build. However, the Q2 uses the same tone arm and the difference in weight isn’t night and day (more like night and dusk). For my purposes, it was more than good enough.

There are other things you will lose: no vertical arm height adjustment (not a huge deal), and no pitch control which isn’t a big deal to me but might make a difference to some. On the flip side, I like that it has a cartridge holder (a standard feature on other Technics turntables but neither of my 1200s has one) and a 45 spindle for storage. There’s no “start button” – you have to move the tonearm to flip that switch – and the torque is notably less than what the 1200 is famed for. But again: this isn’t meant to be a DJ deck so these things don’t matter as much.

Styling, it’s pretty plain; even less so than the industrial 1200 and for that reason, I might be tempted, in the future, to find something as reliable (and relatively inexpensive) but just looks better. For now though, I’m excited to have a new turntable to work with and equally happy to move my 1200 back to its sibling and restore my “two 12s” again.

In case you’re interested, Technics SL-Q2s in working condition usually start as low as $60 and go upwards $120; it’s hard to justify (in my opinion) paying much more than that but if you see one at a thrift store or swap meet for cheap, it’s not a bad option. I wouldn’t call it “just as good as a 1200” but for home use, I think “almost as good” isn’t such a bad deal at all. 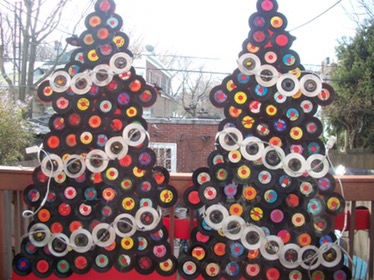 IT HAD TO HAPPEN SOONER OR LATER…