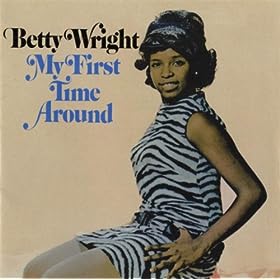 Confession: I continually sleep on Betty Wright. She has such a deep catalog but I’ve been hella lazy in exploring it and given the quality of it, that’s rather embarrassing. The upside though is that, even after all this time, I can be surprised anew by her material. Case in point, I finally copped My First Time Around, her debut LP, which was recorded when she was 14, which is crazy to me. I mean, listen to this and tell me that she sounds like she’s 14:

Betty Wright: Girls Can’t Do What Guys Can Do
From My First Time Around (ATCO, 1968)

I’m torn about this song (an excellent cover of a Judy White original) since I love the arrangement – those horns! – and I really want to read some proto-feminist critique into the song about sexual double-standards but the lyrics tell the tale: she’s giving advice to other women about how they’re not allowed to play the field, unlike men, but the song itself doesn’t seem to rail against it…it sounds more a capitulation to sexism (albeit through gritted teeth).

The first track is a cool little slow burner but “Circle of Heartache” is the sleeper jam, especially with Wright’s killer vocal performance.