I do truly feel bad that my output has slowed in recent weeks – between my day job, doing post-production on Sidebar episodes, the rap purge, and other time sucks, I simply haven’t found much time to do, you know, normal posts.

I want to knock out a slew while I have the energy, especially those highlighting recent releases that may be of interest to y’all. Here’s today’s:

The Martinis: Bullseye
The Pac-Keys: Greasy Pumpkin
Both on Late Late Party (Light in the Attic, 2011)

This new Charles “Packy” Axton comp was a real revelation. Provided, had I spent more time closely reading Rob Bowman’s incredible extensive history of Stax, I probably would have already been aware of Packy Axton – son of Estelle Axton and nephew of Jim Stewart, aka the ST and AX in Stax – and key, early member of the Royal Spades, aka the Mar-Keys.

This anthology brings to light some of Packy’s musical contributions and much of this had flown completely under my radar (and I’m a pretty damn big fan of Memphis soul). It mostly focuses on songs by two of the instrumental groups that Packy helped form along with Johnny Keyes – the Martinis and Pac-Keys. If you know anything about Memphis R&B, the songs by these groups absolutely hum with the essence of that sound (the Martinis, for example, featured several members of the Hi Rhythm Band). You like Booker T and the MGs? Early Bar-Kays? This is that shit. “Greasy Pumpkin” in particular, is a masterpiece that manages to carry a hint of “People Get Ready” but also remind me of a little Galt MacDermot. Simply outstanding.

Andria Lisle contributes strong liner notes that tells the story of this rather tragic figure in R&B history (a chronic alcoholic, Axton died at age 32) and provides some valuable details to this undersung figure in the Memphis scene. 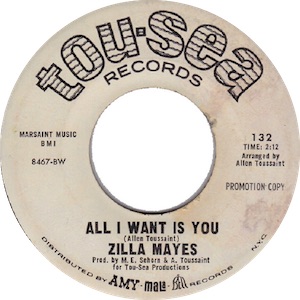