On a soon-to-be-shared Sidebar podcast, I spoke with music critic Sasha Frere-Jones about his summer song choices and during the “bonus beats” part of the interview, we got around talking to his own vinyl purge from a few years back. He was talking about letting go of the fetish quality of records, pointing out that access to music is unprecedented so why hold onto vinyl as a specific medium when he has other options at his disposal.

I’m absolutely sympathetic to that view – clearly, my current purge is all about shedding weight (literally) and getting rid of what I honestly don’t need. An audiophile may argue that vinyl sounds better (though another future podcast interviewee, Jonathan Sterne, will challenge some of that orthodoxy) but that still doesn’t explain to me why I need doubles of “Re:definition” considering I never liked the song much to begin with.

But ah, the fetish appeal. I’m not immune. Case in point, I came across this in the collection, a record I totally forgot I had:

According to this, I have a legit first pressing, of which, supposedly only 100 copies were made1 Honestly? I don’t even remember where I got this from, though odds are, my man Ed at Sandbox probably helped with the hook up. Now…no one would claim Infinite ranks amongst the best of Slim’s releases but it still has massive historical/musical value as a glimpse into what Eminem sounded like pre-Dr. Dre. A song like “Tonite” – which I dig a lot – certainly has the lyrical nuances we’ve come to expect but musically, it’s nearly impossible to imagine that anyone in the Aftermath would have whipped something like this up.

The question for me was whether it was worth holding onto…it’s an album that, once filed, is unlikely to ever come back out unless I had to write something about Eminem’s career and wanted to come back to the LP. But otherwise, I could probably cash it in for at least a few hundred yet, ultimately, I chose to shelve it back in the library. There’s no direct logic there except to say that I still have an attachment to the fetish object. Don’t knock my hustle.

Anyways, some other “finds” in the collection I turned up:

This was part of an EMI promo-only 12″ that, from the looks of it, was handed out at a record convention or something of the like. It features several mixes by DJ Rob One (RIP), though not classic mega-mixes, more like snatches off a blend tape or something. The 12″ also included two remixes of Bahamadia’s “Uknowhowwedu,” the best being this Rob One dedication to Philly hip-hop where he cuts in the original tracks for the various artists that Bahamadia name-checks on the song. 2

This came straight out of Daly City, CA in 1990 though you would have been perfectly allowed to think it was from NYC in ’88 instead. This is why they put the “random” in random rap: this sounds like the kind of release that were a dime a dozen in that era but never surfaced long enough for the masses to take notice. However, just because they’re likely dollar bin material now, they don’t lack for their own charms. For example, I like the scratched flute in the middle of “On the Rise” while “Crime Story,” throws together the Bobby Byrd “Hot Pants” drums (better known to me as the “Raw” drums) with Isaac Hayes’s “Walk from Regio’s” (post-Beastie Boys, but presumably, pre-Dutchmin).

One of the lesser known songs that was part of the Tim Dog v. Compton battles, there’s really nothing like hearing a rapper named Tweedy Bird Loc going hard on some shit-talking hater from the East Coast.

Then again, all coastal beef aside, I like it when rappers and producers collabo cross-regionally. This MC Eiht remix features DJ Spinna at a relatively early part of his remix career but you can hear that classic Dome Cracker sound all over this. Mega-mellow and lovely.

Somehow, Da Beatminerz teaming up with Eightball and MJG seems even more unlikely but then again, Memphis duo were dropping some hard rhymes that, thematically, wouldn’t have been out of sorts with the kind of Boot Camp Clik ruggedness that was popping off in the mid-90s. Not the best of Da Beatminerz’s remix work but I still like the idea of them working together.

Last up for today, an obsucre-ish EP from Chicago’s E.C. Illa. I was never that into dude’s flow and I think this may be the only item by him I end up keeping out of the half dozen or so singles I had from him. I like the aggressive feel of the song and for a song that uses such a well-loved phrase as “it don’t stop,” the hook on here still makes it sound fresh. 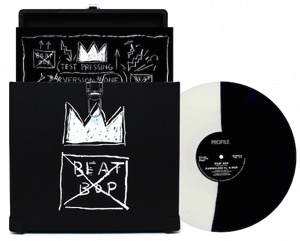 THE TECHNIQUE OF RECORD BOXING