Dustygroove.com’s been re-releasing a slew of CDs for the last couple of years and it’s covered a wide range of styles, from latin funk, to soul jazz, to Brazilian. As far as I can tell, their reissue of The Metros’ Sweetest One is their first foray into Northern soul. The genre is really much more based around singles and Sweetest One is part of a select group of Northern soul LPs that have become collector favorites. I was lucky enough to score a copy I found stored in the bathroom of The Groove Merchant, of all places.

Given that I’m hardly a NS expert (though a budding fan), I figured to lend some background, I’d bite from Black Sheep Magazine: “The Metros were a Detroit quintet comprising singers Fred Mitchell, Percy Williams, Robert Suttles, James Buckman and Gordon Dunn. That sweetly soulful doo-wop style track is the opening cut on this little-known 10-track album, which significantly also includes the propulsive Northern Soul anthem â€˜Since I Found My Baby,â€™ a song penned by moonlighting Motown Funk Brother, percussionist Jack Ashford. Other Motor Town luminaries appearing on this session include pianist/arranger, Joe Hunter, guitarists Eddie Willis and Dave Hamilton, and sax player, Mike Terry, whose contributions elevate the album in terms of quality and consistency.

Itâ€™s true to say that â€˜Sweetest Oneâ€™ is a cut above most soul albums from the same timeframe – there are no weak cuts or obvious filler and the whole package has a sense of artistic cohesion that was often absent from Motown albums from the same period. Given this, itâ€™s strange, therefore, that The Metros failed become really successful â€“ the liner note writer suggests that the reason for this was that the groupâ€™s music was too black for white consumers and too white for black record buyers. Maybe â€“ but it may have more to do with how RCA (not a label renowned for its soul acts) marketed The Metros. What is unequivocal, however, is that this is a mighty fine album that no self-respecting soul aficionado should ignore or live without.”

I’ll certainly agree on the quality front – this is a surprisingly consistent effort, with quite a few solid tunes in the mix though, perhaps not surprisingly, the two favorites of mine are still the obvious ones. “Sweetest One” makes great use of the group’s multi-layered harmonies; it has a classic Motown flavor drizzled all over it, complete with that infused sense of joy that’s so much a part of their legacy. “Since I Found My Baby” is one of the best uptempo soul tracks I’ve heard in a while; it’s anchored by a great bassline and the background vocals are aces here.

NAS: WHERE HE’S AT 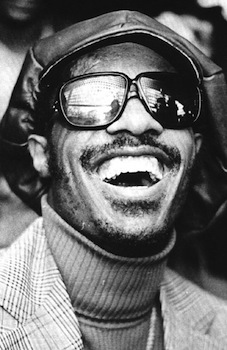 soul/funk who flipped it

WHO COVERED IT BETTER? (BEATLES EDITION)

Songs of Obsession: The Brothers of Soul