â€œMusic inspired by the Wu Tang,â€ listed in the corner of the new release by the El Michels Affair, sums up nicely what you get from this fine release. With a vibe similar to the Menahan Street Band, due in part because of Michels involvement with them, you know what to expect. While it would be easy to dismiss the tracks as not having enough thump in comparison to the Wu songs, it would also be a disservice to the exemplary interpretations that Michels and crew have brought to these â€œcovers.â€

Most of the tracks performed on the album are from the seminal Wu release, to which the title pays homage, and Raekwon’s â€œOnly Built 4 Cuban Linx.â€ The remaining songs are from other peppered Wu-related releases, although none are from albums newer than 2001 â€“ signifying the golden era of the Wu Tang Clan. From the lament in â€œHeaven and Hellâ€ to the darkness of â€œDuel of the Iron Mics,â€ El Michels Affair showcases a real talent for delving into the soul the resides within the melodies. They even sprinkle in some Shaolin sampled bits of wisdom lending even more credence to flow of the album given its purpose.

OW’s excellent NPR article on the Charmels song that serves as the inspiration for â€œC.R.E.A.M.â€ showcases the song’s back-to-its-roots history. To me, it’s the album’s highlight. That piano lick still sends shivers up my spine. Unlike the Wu song, where the piano takes center stage, here it plays a more complementary role with the rest of the melody. There’s a thudding bass that keeps resounding throughout and the horns help spice up the song adding just the right flair.

Elsewhere, you get the frenetic rework of the late ODB’s â€œShimmy Shimmy Yaâ€ complete with a kids chorus. So while paying tribute to the Wu Tang, it also pays tribute to a technique Stax, always a RZA favorite, used in songs such as â€œSang and Danceâ€ by the Bar-Kays (made famous by Will Smith’s â€œGettin’ Jiggy Wit’ Itâ€). As a bonus on the CD, you even get an instrumental of â€œPjs From Afar,â€ a track on which Raekwon collaborated with El Michels Affair only a few years ago.

Even without the vocals, you can still tell that Wu Tang Clan ain’t nothin’ to f— wit’; El Michels Affair pays the Wu a very serviceable homage. It would be interesting to see how El Michels Affair would have fared with material from other Ghostface songs such as â€œApollo Kidsâ€ with its regal horns or the retrospective â€œAll That I Got Is You,â€ as it really would play to their sound well. However, with the material that they did choose to cover, it’s a very solid affair that gives us a varied plate of goodness to digest. I’ve certainly been eating it up. 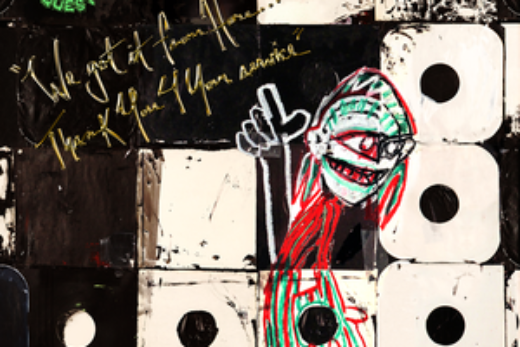 TRIBE’S GOT IT FROM HERE