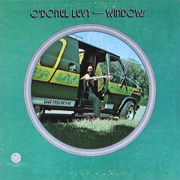 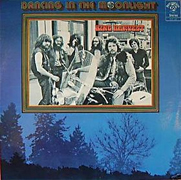 O’Donel Levy : I Believe In Miracles
taken from the album Windows on Groove Merchant (1976)

King Harvest : Take It Easy
taken from the album Dancing In The Moonlight on Perception (1973)

Som Tres : Take It Easy My Brother Charles
taken from their self-titled album on Odeon (1969)

Nilsson : Coconut
taken from the album Nilsson Schmilsson on RCA (1971)

Van Morrison : It’s All Right
taken from the album Bang Masters on Epic (1991)
originally recorded for the Bang label in 1967

Today I pulled together a seemingly random bag of tunes that share a certain slinky slowness- the noggin bopping tempo- which fits perfectly to an early Autumn blue sky day with nothing to do but laundry.

I have a few other LPs by O’Donel and I can always count on him for some solid jazz-funk fusion goodness, but when this slow bounce scat-fest came on I too was reminded about the realness of miracles. Keep in mind- O’Donel is on guitar while vocalist Aleta Green is vocalizing the EXACT same line! There’s plenty of other good funky moments on the record, but this track is what I’m needing today.

King Harvest is a group I knew nothing about until now. I picked up the record because I usually like the soul music I find on the Perception label. Definitely not The Fatback Band, this funky-country-soul song still won me over instantly.

This Som Tres record was an easy pick to follow up with, and I’m surprised we haven’t posted it here in the Crate before. Such a classic! And when your name happens to be Charlie, the song feels that much more like it was written specifically for you. I’ve heard a handful of other Brazilian versions of this song- written by Jorge Ben I believe- but this Som Tres take on it has got to be the most true embodiment of the song’s message. Check the rest of the record at Loronix.

Do we ever need an excuse to drop a lil Nilsson into our set? Whether or not this song has been played 2 bazillion times does not seem to affect my love for it. And with the new track by Tyga getting spins in the club and on MTV, I wanted to return to the version that made me realize Bobby McFerrin wasn’t the first vocalist to get crazy nice with the vocal instrumentation and tropical-coco-butter harmonizing. I can also relate to the way the man feels on the cover of this one- sometimes putting on an entire outfit is just too much work, that’s why we have bathrobes.

Last but certainly not least, a song of pure, unbridled catharsis from an album that I can’t seem to take off repeat. There’s a whole story behind the recordings found on this CD (which were never collectively released at once until 1991!), but there’s also the tale of a much younger me, listening to this record by default every other weekend when I stayed at my Dad’s house and came up with another thousand ways to use a stick as a toy. Is Van the most soulful white man ever? Until I’m shown a better example (Bobby Caldwell comes close) he will hold the title.