Bonus: Rabbits & Carrots: Express Yourself (snippet)
From We Got More Soul EP (Musart, 1971). Also on Soul Latino (CD but not LP)

File Soul Latino under those albums seemingly too good to be true – a group of Mexican rock/jazz musicians with a trio of brothers and nephews at core – sitting down in 1968 to record a series of instrumentals, most of them with a hard, funk edge. Frankly, if someone had told me this was some retro-soul band, masquerading as a vintage group with that backstory – I’d sooner believe the hoax. Not that Mexico City would lack the necessary musicians to put something like this together but it’s like stumbling across an album such as that by Chile’s infamous Xingu. Given how rare this purports to be, it’s a genuine treat that the folks at Vampisoul got Musart’s permission to reissue it.

Yes indeed: Rabbits & Carrots were real, as was their Soul Latino album and subsequent EP. That album constitutes one of the holy grails of Mexican funk albums and it’s not just because of rarity or its unusualness – it’s damn well put together and recorded well. Check out how they take on Don Randi’s “Theme From Romeo and Juliet” – all dissonant whines and moody loops, beautifully accented by Luis AgÃºero’s guitar and a brass section lead by RamÃ³n Flores and RamÃ³n Negrete and I’m assuming its bad leader and percussionist Salvador AgÃ¼ero on those tinkling chimes.

“Las 4 Culturas,” according to the liner notes, is the album’s sole “original” song, a song about the Tlateloco Massacre. That may very well be true that the song is meant to inspire awareness around the murder of potentially 200-300 people before the Mexico City Olympics but musically speaking, most people would probably note: “uh, isn’t this ‘Get Up, Get Into It, Get Involved’ by James Brown?” And you’d be right – it is. In fact, that’s how it’s billed on this 12” from a year or so ago. Not that I’m complaining – it would make sense to take a song with a title as politically charged as Brown’s and reapply it to the happenings in Mexico City.

For a bonus cut, I threw on a tease of the group’s 1971 cover of “Express Yourself.” This came after Salvador AgÃ¼ero (nickname “Rabito,” hence the group’s name) left the band and a vocalist named Max (Max what?) joined. This isn’t necessarily my favorite cover of the Watts 103rd’s immortal classic but I dig its Spanish-language remake and given the timing with the Watts 103rd Week, it seemed only apropos (plus, that ridiculous drum-break toward the end doesn’t hurt either). Just be aware: this song, along with covers of “Sex Machine,” “We Got More Soul” and “Spill the Wine” are available on the CD of the album, as well as a separate EP, but it’s not on the vinyl LP version of the Soul Latino album. 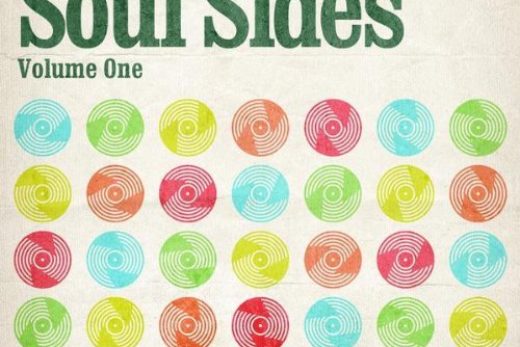