Both from The Outskirts of Deep City (Numero Group, 2008)

I never fail to be blown away by both the consistency and quantity of material that Ken Shipley and Rob Sevier, aka the duo behind Numero Group – and now, they’re new subsidiary reissue label, Asterisk. Seriously – it’s not enough that they’re now the finest soul reissue/compilation label in the game but it’s like they have to rub it in by creating new labels, putting out albums as appendixes and composing liner notes that put most to shame.

To start with, Asterisk is a new venture that’s basically a way for NG to reissue whole albums, package it slightly more austerely, but still offer excellent liners and more importantly, the opportunity to listen to albums that, previously, had been rare as hen’s teeth or rooster dentures. Whatever.

The Boscoe, for example, has become a running joke over at Soulstrut – it’s like a default holy grail. You don’t need to have heard the album…or even like the album…you just want your Boscoe. A product of the same Chicago Black cultural movements that inspired Sun Ra and Phil Cochran, Boscoe has the same kind of liberation/spiritual vibe as those other albums, only filtered through some viscous funk that leaves you feeling dirty and uplifted in the same moment. Note: Numero Group has also released the album on vinyl.

The Four Mints’ project dates back to Numero’s very first anthology on the Capsoul label. The Four Mints were some of the more prolific artists on that Columbus, OH imprint and their LP was the only album Capsoul ever released before folding. As the liners warn you: the original wasn’t an “album” in the Sgt. Pepper meaning of the term; it really just puts together all the group’s 45s onto a single disc plus a bonus song (the studio version of “Too Far Gone”). Beautiful stuff all around – their output was gorgeous (peep “Do You Really Love Me“). I was especially taken with this “alternative take” of “Too Far Gone,” which, in my opinion, is better than the official take – it’s more sparse, has stronger drums but still has the great harmonies.

Their new Outskirts of Deep City CD follows up on their previous Deep City anthology which highlighted this powerfully influential Miami label where folks like Betty Wright got their starts and Clarence Reid made a home for himself for a spell. Keep in mind – the Outskirts album contains tracks left off the first comp (plus many songs that turned up after, including a slew of never-before-released songs) and despite being the follow-up, the album is smoking. “Deep” indeed.

The Rollers’ “Knockin’ At the Wrong Door” is one of the songs NG discovered on reel to reel and this is the first time the song has ever seen a release. If it sounds kind of familiar, that’s probably because it’s clearly “borrowing” from the Jackson 5’s “I Want You Back” but despite being derivative on the rhythm track, the group’s hook is a fine creation on their own and really sells the song.

The Lynn Williams is something I put on SS about 3 years ago but when I saw it show up here, I figured it was time for a re-up. What I said about it last time still holds: “That’s not a typo with the Lynn Williams’ song. For some reason, the label for the 45 says “Don’t Be Surprise” not “Don’t Be Surprised”. Go figure. Whatever the mistake, the song isn’t: it’s a fantastically moody and sulty soul cut out of Miami. Reminds me a little of Isaac Hayes’ “Walk On By” – not nearly as well-produced, but just the feel of it: dark and dramatic. (And yes, before anyone says it, Jurassic 5 sampled it. Ok?)”

I should also add that this song is more than just dark – Williams sounds fatalistic at times. The one line that stands out to me: “don’t be surprised/if you see me/laying on the railroads tracks/don’t be surprised/if I let a train run/up and down my back.” Damn girl, he’s just a man – it’s not worth it! 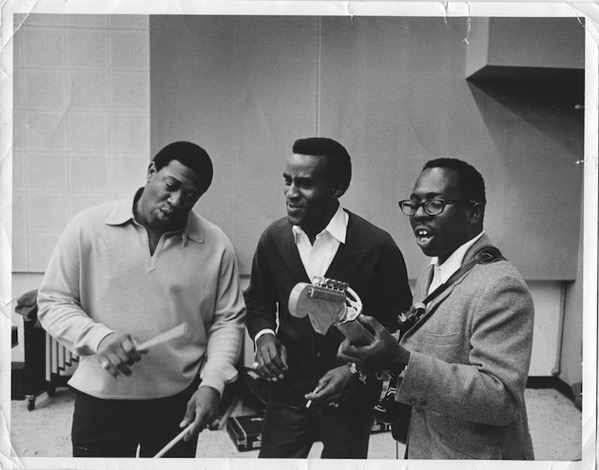 East of Underground: Not Your Average Military Band