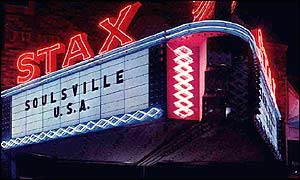 Both also available on The Complete Stax/Volt Singles 1959-1968.

The other month, my friend Jazzbo had to travel to Memphis for work and asked if I wouldn’t mind putting together a batch of my favorite Memphis soul and funk songs for him to listen to and get into the right frame of mind. Now…I love the musical heritage of Memphis, especially the legacy of Stax and Hi, unquestionably my two favorite soul imprints of all time (no disrespect to Motown and Atlantic). So I sat down and in the course of a few hours, had 40 songs ready to go. (The answer to the question, “can I also get a copy of that CD?” would be “no.”) I kept the playlist around just for this occasion and since I noted last post, I’ve been in a soul mood, it seemed like the perfect opportunity to revisit Memphis.

It’s been a minute since I’ve included a William Bell post, but as I noted last time, this was one of the big giants at Stax though he was rarely accorded the same recognition as folks like Otis Redding or even Sam and Dave. This song has a real Sam Cooke feel to it – melancholy, even a little dark and most definitely powerful.

Deanie Parker’s “Each Step I Take,” in contrast is more fragile – the arrangement lacks a heavy bottom and instead, floats on the lightness of Parker’s voice and her accompaniment. I like that the song is a ballad yet one that I could imagine getting up and slow groovin’ too. Parker never had an extensive singing career at Stax/Volt – only two singles – but she did co-write other songs and had a long, fruitful business career at Stax, eventually becoming CEO for Soulsville USA.

WILLIAM BELL: JUST HOW GOOD LOVE CAN BE

JIMMY MCGRIFF: GIANT OF THE ORGAN