The New Radicals: You Get What You Give
From Maybe You’ve Been Brainwashed Too (MCA, 1998)

Editor’s Note: The latest in the Soul Sides Summer Songs series is from my partner at Poplicks.com, Junichi Semitsu.

Q: What does a summer song sound like to you?

A: “I imagine my answer is the same as everybody’s. A good summer song has the feel-good lyrics, breezy melody, and carefree beat that inspires you to get a Brazilian, head for the beach, strip down to a thong, flaunt your jewels, and act out scenes from From Here to Eternity with the next septuagenarian who walks by with a metal detector.

The hook of a good summer song uses words or phrases that everyone associates with happiness: summer, sun, love, gravy, helium, Atari, Fundies, “not guilty,” “it’s not your baby,” etc. This explains why songs about genocide, colon cancer, or public restrooms tend to fail as summer songs. The only exception is the Beach Boys’ classic ditty, “Help Me, Rhonda, Pt. 2 (It Hurts to Urinate).”

Finally, a good summer song hypnotizes you into humming it, at any time of the day or year, even in inappropriate moments such as a eulogy, a hostage crisis, or a Heaven’s Gate departure.

With these criteria in mind, I offer the following three choices for my trio of great summer songs:

First is the new song “Kirsten is a F***machine” by the Danish band Tiger Tunes. Its spasmatic beats, catchy chorus, and inebriated child backup singers compel me to smile, despite the fact that the song is about a woman in a “Holocaust state of mind” who “knocked my teeth out” and “stole my shoes.” The first time I heard this, I was merry as a Mardi Gras partygoer and began flashing my inoperative mammary glands to my office mates by the first “Beep! Beep! Beep! Beep! Yeeah! La la la la la!,” which I later learned is not a Danish mating call.

My second cut is “Still Not A Player” by the late Big Punisher. Who can possibly resist Joe’s velvet hook, the perfect piano progression, and Pun’s invitation to picture him ripping through our hooters and “crushing” us a lot with all 700 pounds of his Puerto Rican self? On a warm summer night, I like bumping this song to remind me the formula to the perfect romantic date: “park the Jeep, pump Mobb Deep, and just spark the leaf.” When this summer jam is on Volume 11, I get so blissed out that when my twin brother yells, “You Nasty, Twin!” — I don’t care.

My final choice would be the classic “You Get What You Give” by one-hit wonder The New Radicals. I can’t help but sing along to this, starting with the memorable first line: “Wake up kids / We’ve got the dreamers’ disease.” When I first heard this song, I was unfamiliar with slang terminology and didn’t know what “the dreamers’ disease” is. I know the answer now: herpes, which is the only disease that “you get what you give.” But despite the infected subject matter and the harsh lyrical threats against Hanson (which bumped up the band’s street cred), this guarantees that fresh summer feeling when I’m feeling not-so-fresh.” 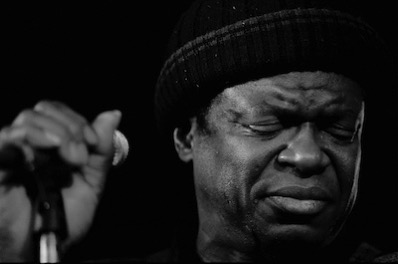 KOOL AND THE GANG: BACK AGAIN