I’m glad that my colleagues at Fluxblog and Music For Robots got dominated for “Best Music/Entertainment Blogs” for 2004. They are holding it down for all of us. I was wondering where all the noms for Soul Sides went off to – maybe that same twilight zone where Gore’s Florida votes and Kerry’s Ohio votes vanished into but hey, Soul Sides glows red with love, not green with envy.

But just because we’re not up for a Bloggie doesn’t mean Soul Sides can’t get in on handing out our personal awards. So here it is: The First Ever Soul Sides Audioblog Awards!

Best Hip-Hop Blog: No contest – it’s Cocaine Blunts. N.O.Z. isn’t D.O.C. but similar to the letters, no one can do it better. Not only does he come with laser-sharp thematic focus but he digs deep to pull out songs that most of you have never heard – demos, tape-only, promo, etc. At the same time, he’s not going obscure simply for the sake of – he often highlights rare songs by big artists.

Honorable Mention: The competition out there is heating up and there are some newbies worth keeping an eye on. In the lead is Freemotion: good design, great selections. Their tastes run a bit Hip-Hop 101 though – if they expand into lesser known territory – watch out.

Best Regional Blog (tie): Home of the Groove. True, Dan Phillips decided to dedicate his blog to one of the richest musical centers in America…it’s not like he managed to pull off a kick ass site dedicated to the sonic tradition of Peoria, but that said, Dan really is holding it down great for Nola’s rich heritage.

Outside of the U.S., Benn Loxo Du Taccu has been schooling everyone on the amazing musical output from West Africa and beyond. They’re a living example of what makes audioblogs a fantastic resource for learning about music you otherwise wouldn’t cross by.

Best Soul/Funk Blog (other than, you know, us): If anyone’s got me peeking over my shoulder, it’s Evigan Funk. Great selections every time and I see a lot of potential lurking at this new site.

Best Writing: Let’s be honest – most blog writing sucks (including here) but Comboplates is a genuine pleasure to peruse – not simply for the musical content, but to see what the site’s author has to muse on that particular day. I’m not saying this should be a model for every site (lest the audioblogosphere become too Xanga-fied) but it works well for Comboplates.

Honorable Mention: We Eat So Many Shrimp. If Lester Bangs were reborn today as a rap fiend, he might take the form of Serg Dun over at the ‘Shrimp. Acerbically funny yet passionate about what they like (and dislike). They’ve recently slimmed down and now it’s Serg and David holding it down as the diabolical duo for arrogant musical truth (apologies to Ego Trip).

Best Content: No contest here – Tofu Hut. I tend to write a lot but John makes me look downright miserly in comparison to everything he includes with every post: interviews, reviews, audience reactions, etc. It boggles the mind…it’s like he publishes a mini-magazine with every post. If I have one complaint…and I say this with love in my heart…

I’m sorry, but seriously, that Blogger “Sand Dollar” template is so…2003. It’s hard to read and just to be really blunt: shit is ugly. A site this good should look as good as it sounds. Tofu Hut undoubtedly has a gazillion readers and I beseech one of the TH loyal with some design skillz to volunteer to help the ‘Hut get an extreme makeover. Hell, I’d do it myself except that TH would probably end up looking suspiciously like Soul Sides. We’re kind of one-trick pony up in hurr.

Honorable Mention: Anybody using any of Blogger’s built-in templates without doing a little tweaking of their own. You don’t want to post the same music as everyone else, right? Then why would you want to look like everyone else? Scissorkick knows the deal: they took the basic template and then stylized it to help personalize. Take notes on what they did.

Best Design: This is a tough category to call because good design (unlike bad design) is really in the eye of the beholder and it depends on what you’re looking for. This said, for sheer simple, clean design, it’s hard to top Fluxblog. No pictures but you’ll never get a headache trying to navigate through.

Personally, I always point to Aurgasm as a site that is very graphically driven and catches the eye but some find it a bit too busy. Perhaps the solution is to find something in between, such as what Diddy Wah does – it’s amazing what a simple font can do to help make your site stand out.

Best Team Blog: On a professional tip, this is Music For Robots, all the way. These guys (gals?) put in work like few other sites I know and they well deserve the props they get.

Honorable Mention: Considering that Sticker Shock is run by a quartet – two of whom are my closest friends and two of whom are among my most valued colleagues, I didn’t want to seem too nepotistic by highlighting them…and their posts aren’t nearly as consistent/frequent as the above two sites, but talent-for-talent, you can’t really hope for too much better than the four-man squad over there.

Best Overall Blog: *laugh* Soul Sides, suckas! The only way you’ll take my spot is with a shot.

EP 15: Thes One of People Under the Stairs 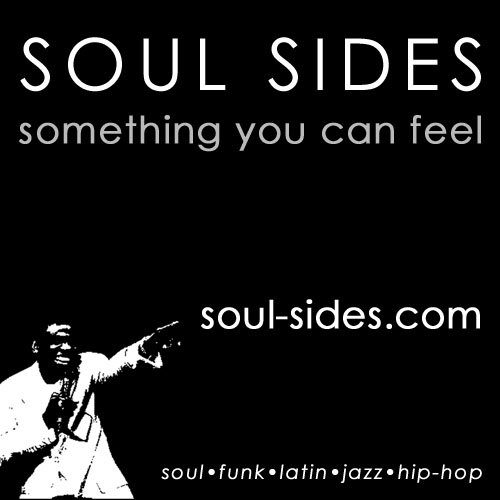