This one came gratis The Groove Merchant this past weekend. Seemed apropos since I arrived in S.F. during the 1st game of the divisional series, in S.F. (which, alas, the Giants lost).

Back in 1978, no doubt riding the disco wave, The Paid Attendance put out this single celebrating that season’s team.

The Paid Attendance: Be a Believer In Giant Fever
From 7″ (Solid Smoke, 1978)

In case you want to read the lyrics, here you go.

Not exactly the best disco track ever cut – what, no breakdown in the middle? â€“ but I’m more bothered by the lack of pluralization in the title. Shouldn’t it be “Giants fever”?

“Giant fever” sounds like a medical condition: “oh it’s bad ma’am, your son seems to have a case of gigans febris. It’s worse than a normal fever, that’s why we call it “giant fever.”

BTW: Giants finished third in the NL West that season. Not quite “fever hot.” 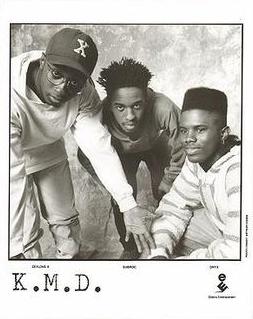