Over the summer, I participated in the NEH/Vectors Summer Institute in the digital humanities and if you noticed why my post productivity took a dive…well, that’s partly why. The main fruits of that labor will reveal themselves later this fall (it’s related to my research on Filipino American mobile DJ crews) but one of the things I can share in the meanwhile is a very cool bit of media/authoring software called Scalar which, among other things, allows you to annotate media files such as video and sound clips.

What I mean by this is you can timecode notes to trigger during playback, allow you to add “pop-up” remarks to a song or video as it plays.

As it were…I had recently been thinking a lot about Cypress Hill’s “How I Could Just Kill A Man,” partially because I was writing about the debut Cypress Hill album on the occasion of its 20th anniversary. I always thought “Kill a Man,” was a great song but in more recent years, I started paying attention to all its subtleties and nuances and came to the conclusion that it is one of the best produced hip-hop songs, ever. DJ Muggs really went to town in that beat; it was like a mini-showcase of skills for a producer that had yet to become a household name but you get the sense, in hindsight, that Muggs was trying to make it clear to everyone, a new talent had arrived and was ready to wreck shop.

I could try to explain – in text – just what makes the song so good but with the annotation function in Scalar, I thought it was more useful to provide you with a way to both listen and read at the same time. Plus, I invited my friend (and musicology professor) Loren Kajikawa to contribute his own analysis.

Want to peep? Check it out: “Breaking Down: Cypress Hill’s “How I Could Just Kill A Man“. 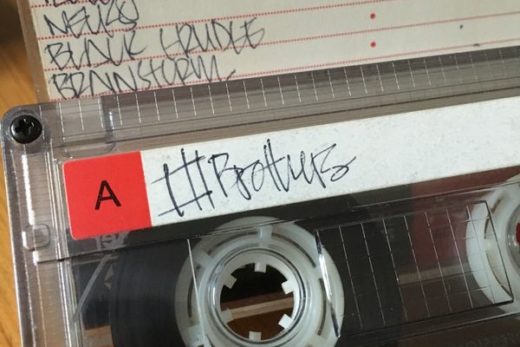 THE IMPRESSIONS: FOOL FOR THEM