The original “heatrocks for charity” campaign came about after Katrina. The folks at Soulstrut.com, a record collecting/hip-hop/whateverelse message board I spend way too much time on got together and auctioned off all kinds of rare records, the proceeds of which went to charities doing work around the disaster.

With the Haitian earthquake, Strut has gotten together once again to help out, auctioning off what will likely be dozens of very cool, very rare pieces, all in the name of benefiting those in Haiti.

This list of LPs will surely grow over the next few days so keep it bookmarked and please bid, bid, bid.

Update: I have two records up for auction (so far), both rare Bay Area hip-hop pieces from the 1990s.

1) The Dereliks: A Turn of the Wheel Is Worth More Than a Record Deal EP
2) Blackalicious: Melodica 2xEP

While the auctions are being hosted on Soulstrut, if you don’t feel like signing up to be a member, you can send your bids to me instead and I’ll record them in the forum threads. Upon winning, you’ll be directed to donate the money to charity (most likely either UNICEF or Doctors WIthout Borders) and once I receive confirmation, I’ll ship you the record. 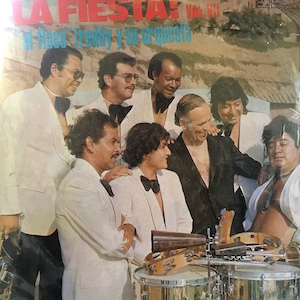 NOTHING BUT AN EL FLACO PARTY