Willie West: Fairchild (promo version)
I Sleep With the Blues
From 7″ single (Josie, 1970)

I first became familiar with “Fairchild” off the What It Is! box-set that I helped work on; I had never heard it before but within the first bar or two, the influence of NOLA’s Allen Toussaint was obvious. Strip singer West off of here and this could have been a Lee Dorsey track or something Cyril Neville put out (and indeed, it seems likely some of the Meters played on here). The version of “Fairchild” on here is pretty stripped down – a sparse bass and drum combo and not much else besides West’s vocals.

I came upon a 7″ promo version of the song at the brand spankin’ new Records L.A. store in West Adams and in listening to it, I realize there were subtle differences (or perhaps not so subtle) between it and the version that was on What It Is!. Clearly, the two were done from two different mixes since the promo version has horns that don’t exist on the other version at all, plus more prominent guitars. I did some research and I’m hardly the first to have noticed this difference. Others seem to prefer the 2nd version better but personally, I like the density of the promo version given the added elements. True, it does mask more of West’s vocals as a result but I didn’t have a real issue with that. I’ve included both for you to compare and contrast. (You can really hear the difference on the post-chorus bridge, w/ and w/o horns).

I also don’t want people to, uh, sleep on the B-side, “I Sleep With the Blues” which I thought was an interesting slow jam that’s even more sparse but mesmerizing for all its minimalism. You keep expecting some snares to fall in, but really, all there is are those kicks. 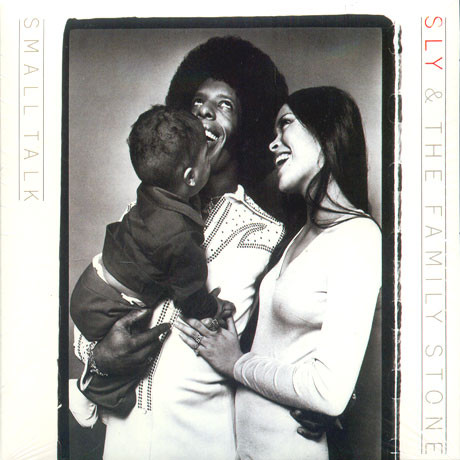 THE SIDEBAR, EP. 37: SLY AND THE FAMILY STONE MIX IT UP (W/ MICHAEL BARNES)