If you’re in Los Angeles this week and have a free Wednesday open, come through to the Verdugo Bar and listen to my hour-long Aretha tribute set.[1] It’s been a real pleasure revisiting Aretha to pick out songs for the set – I’ll have some obvious crowd-pleasers in there but I also wanted to highlight some lesser known songs by her, including a few choice selections from her recent Rare and Unreleased compilation plus a couple of selections from her Columbia years output.

The latter, as my longtime readers should know, is one of my favorite “underrated catalogs” to turn to time and time again.[2] I’m not claiming Aretha’s early years trumps her Atlantic reign – nothing can. But there is so much great singing to be enjoyed in those years that it seems myopic to ignore them simply because Jerry Wexler wasn’t producing her then. Here’s two songs that did NOT make the tribute mix, just to give you an idea that her catalog is so strong I can afford to leave great stuff like this out.

Aretha Franklin: Runnin’ Out of Fools b/w
Cry Like a Baby
From The Queen In Waiting (Columbia, 2002)

For my sample-hounds, I feel like someone’s used “Cry Like a Baby” but can’t remember who. Any help?

[1] By the way, DJ Phatrick of Devil’s Pie is returning the favor the next night by coming out and spinning with me at Boogaloo! Catch us both nights and I promise you a copy of the Aretha mix once we get copies made. Just remember one song from my Aretha set and any song I play at the Shortstop this week as “proof.”

[2] Can I just add that I cannot believe I wrote that review seven years ago. Damn, I feel old. 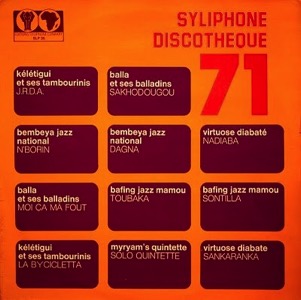 EGO TRIP GOES TO THE MOVIES

AL GREEN: BACK IT UP