I’ve spent the last few days, trying to figure out what it is about the Brazilian music I find myself gravitating towards. I am not, remotely, a hardcore Brazila-phile, though not for lack of interest…as I’ve probably said in the past, Brazilian music is just so insanely massive that to really “get into it” you have be willing to turn over a good part of your life, dedicated to its majesty and complexity. Tempting as that siren’s call may be, I have to concede that to my betters.

To be sure, Brazilian music in all its myriad forms has proven beguiling the world over and I wish I had some genius insight into explaining why but despite using my (remaining) brain cells to articulate what the secret is, I’m still at a loss. In the most general, the Brazilian styles I tend to find most compelling – bossa nova, samba, Tropicalia – all offer this intriguing, intricate balance between subtle but often puissant rhythms and some of the most sophisticated melodies you can imagine. Add to that the incredible “feel” of the music which always inspires metaphors of comfort, layering and “wrapping” from me. Seriously, I really wish I had a less prosaic way to try to nail whatever that vibe is but it’s ever elusive. Unlike Afro-Cuban music, the Brazilian I like doesn’t make me want to dance. Unlike American soul, Brazilian doesn’t necessarily invoke deep emotion. Mostly, it makes me feel good. I’m not quite sure why that is but I’ll take it.

What follows is – at best – a smattering of different songs I’ve been listening to lately, mostly because they’re all recent purchases. They’ve been a reminder to me that I really should be listening to (and thus enjoying) more Brazilian tunes. Hope you will be similarly inspired… 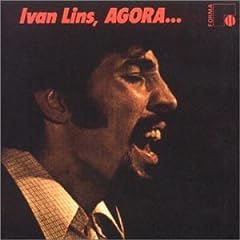 This Lins – his debut – is a truly remarkable album, easily one of the most soul-influenced Brazilian albums I’ve heard yet (not surprisingly Arthur Verocai produced it). One song I didn’t include, “Baby Blue” is a straight up soul ballad, very Bill Withers-esque in fact, and Lins switches between Portuguese and English during the tune; really lovely (maybe I’ll include it in some future ballads post). Now…if that’s the song I left off, you can imagine how good the inclusions are. I start with Lins big early hit, “Madalena,” a song probably most connected with Elis Regina.

What I find interesting about the difference between Lins’ version and Regina’s (and I’m not clear whose was actually recorded first but I’m going to guess Regina’s) is how each interpolates that opening piano riff. It’s funny but when I first heard Lins’ song, I thought, “ah, this must be where DJ Monk-One” got the melody for “Bossa Biz” from but then realized: no, the notes are different. It wasn’t until I heard Regina’s that I found the correct source but I was relieved to know that the similarities I thought I heard weren’t just a figment of my imagination. That little piano riff alone – regardless if Lins’ or Regina’s – is just about one of the tastiest single bars I can imagine. Then you throw on that rhythm section Lins is backed by and it’s just too perfect.

(Here’s a more recent video of Arthur and Ivan playing this song together).

“Hei, VocÃ©,” is equally, if not more compelling: it has so many great elements going for it: that opening horn line which sounds very “Crystal Blue Persuasion” to me, the funk-inspired drumming and then those background singers behind Lins, “doo-doo-ing” to their hearts content. All this and drum breaks + horn stabs midway through? Are you kidding me? I can’t find much on Diniz despite the fact that this album has been, in the past, reissued on CD. It certainly seems to have come out during a time when Brazilian musicians were responding to the explosion in funk music coming out of the States; this Diniz album would compare favorably to, say, Tim Maia’s work (in fact, the two sound very similar with their gruff, growling vocals). “Chutando Pedra” puts that voice front and center over a mid-tempo, jangling beat that reminds me of some British mod rock of the era; make sure to listen deeper to catch the excellent piano work being done here.

The absolute monster on the album though is “Ninfa Mulata” which google-translates into “mulatto nymph” (please correct me if I’m wrong here!) and that fuzzed out guitar/bass(?) at the beginning is possibly one of the hardest sounding things I’ve heard since I first heard this. The song does shift in tone after that opening and goes a big more pop-y but I’m happy to just loop up the first 12 seconds and hang out there for a while.

Taking a far softer approach is the light and lively sounds of the Tamba Trio, one of the most prolific and important bossa nova groups of the 1960s. This is from their second album and much of it drifts breezily on slick bossa rhythms and melodies. Their version of “Mas Que Nada” is quite good which basically leads me to conclude that this Jorge Ben song is simply impossible to f— up. I’m sure there are bad versions out there; I just have never heard one. It really bespeaks Ben’s genius in constructing a song with much beautiful dynamics going for it – the melodic hook that’s so familiar, that soaring vocal bit that – here – is done in harmony. Gorgeous.

I’m going to end this dip into Brazil with the quietest of the songs I’ve included – a little bossa ballad “Mania de Maria.” I love how this song opens – that solo piano, set adrift in melancholy before taking a spritely but serene turn into a jaunty dance number. Throw it on after dinner and enjoy where it takes you.

MJ: BACK TO THE MUSIC