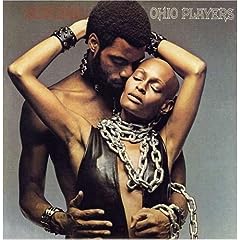 It’s always a nice surprise to engage a song you’ve known for years but never really listened to until you happen upon it again and realize: holy sh–, this is awesome.”

That happened when I was scrolling through the “Beat Deconstruction” of Reasonable Doubt written by Dan Love and posted to Jef Weiss’ blog. I was flipping through the various songs and arrived at the Ohio Players’ “Ecstasy,” which I’ve owned for years but I realized, at best, I probably listened to the track at “the middle distance,” (i.e. a song you hear in a room someplace, not quite in the background but not in the car or on headphones either).

I’m not sure why, this time, I stuck with the song but by about a minute in, I was convinced this was possibly one of the greatest things ever. I know I avoided going all formalist deconstruction on “Maybe So, Maybe No,” but I feel compelled to go all hyper-dissection on “Ecstasy,” mostly because I marvel over how this song manages to work so well with its subtle touches.

For one, the main rhythmic/melodic cycle is in five bars, not the conventional four (if I recall, that’s why “Brooklyn’s Finest” has Jay-Z and Biggie switching off every five bars, which is pretty unusual in a rap song). And I like the call-and-response in the rhythm section between the first three beats in each measure and that heavy emphasis on the “one”. That’s most obvious during the part of the song where the back-up singers cry out “oh!” but even before that, the squeal of the guitar on the first beat of each bar already sets up that relationship. And do you catch how a tambourine comes in for the first time, midway through the song? It’s not that prominent but texturally, it adds another layer of sonic dynamics.

And hell, what can you say about Sugarfoot on the vocals? He’s halfway incomprehensible (I suppose, overcome with ecstasy), not to mention inexplicably going from talking to the audience, “let me tell you about my baby,” to talking to his lover, “loving you is ecstasy to me”, and while it’d be a serious mistake to try to copy his vocals, you find yourself trying to hit those falsetto notes as he screams and hollers his way through the his half of the song. And heck, I haven’t even gotten to talk about how great the back-up singers are here or the beauty of the piano melody.

In short, I just love how with every five bars, this song evolves and shifts, with a new set of surprises awaiting. The only part that doesn’t work is the sax that comes in at the end – a bit too “cheesy sax” for my taste but then again, the song pretty much ends before it gets too grating so hey, even that one weak point is quickly swept away.