Three years ago when you thought of Now Again, progressive wasn’t the first word that came to mind. Sure, they have a different approach than the majors – sell what you would want to buy yourself, not what you think the consumer wants. That’s the luxury of having a core audience who, at the very least, samples most of your releases because they respect your label. But when you thought of Now Again, you thought of soul reissues and lost treasures unearthed. It was like finding that $5 in a pair of jeans in your laundry basket and thinking, “Oh yeah, glad I found that again!”

With labels like Numero doing their own brand of stellar reissues, as well as the boys across the pond at Jazzman releasing some wonderful compilations, and Daptone forging their own way down Soul Street with retrosoul, you began to wonder where Now Again fit into the market. Although it’s doubtful that they will abandon the reissue field altogether, they’re looking to expand their sound.

Last year, we were introduced to the self-described “Out There” sounds of The Heliocentrics. This year – enter, Coz Littler, aka Mr. Chop. Featuring some of the same personnel from The Heliocentrics along with other UK session musicians, you’re taken on a journey to the center of nowhere… and everywhere. And maybe even beyond that. It’s too encapsulating to call it electronica because it blends the sounds of electronica with psychedelia and so much more

Malcolm Catto comes with some of the hardest hitting drums this side of the Milky Way and Jake Ferguson’s bass is just as aggressive. On the opener “The Infinity Machine,” it feels like a space chase. The sound is coming at you from all directions. With synthy strings and steady bass, you are taken on an epic sonic journey. “Zoid” has a slow build while “Conversations” is less song and more musical thought and tinkering, which is not to say “Conversations” is bad; it fits right in place with the rest of the EP.

Are you in a spy thriller? Have you been hit by a bus – or about to be? Have you been abducted by aliens? The answer to all three feels like a resounding yes. It’s not that you feel like you’re scared for your life; it’s just that your heart is racing like it.

NOBODY BEATS THE WIZ 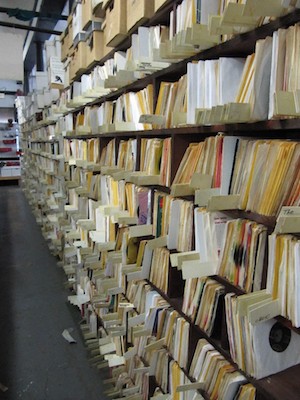 DUST AND GROOVES BOOK OUT NEXT WEEK