I know it’s been a while since I posted actual music on the site: I was gone all last week on vacation and this week has been spent recovering from being gone (ya’ll know how that can go). To make up for it, I went deep into the private reserve and found a few old favorites I had forgotten about but I think the Soul Sides massive (i.e. you all) will like ’em.

The first is the nearly 10 minute “Let’s Do It Again” by Charlie Whitehead, backed by the Swamp Dogg Band. It’s listed as “parts 3 & 4” which begs the obvious question: where were parts 1 & 2 (and I still haven’t tracked them down). This was Whitehead’s first album under his own name but he had already cut LPs with Swamp Dogg previously, including the politically-charged Raw Spitt LP (which I still need to hear).

This song is a great example of funky soul in a proto-disco groove though it’s far from the disco styles that drew so many people’s ire by late decade. And hey, that opening breakbeat? Nice.

I’m a fan of vibraphonist Johnny Lytle’s work/sound – his “Village Caller” is one of those songs that never fails to bring a smile to my lips. “Big Bill” is most easily found on his album, The Loop but the first time I heard it was off this Constellation label 7″, a piece I got in a trade with Chairman Mao (Ego Trip). I’m not sure what else to say about it except that it’s really, really good.

Actually, I do have more to say: what works about this is, to begin with, the interplay between vibes and organ…then that drum roll that brings in the rhythm section…then how Lytle’s vibes dance about while Wynton Kelly’s piano flutters underneaeth. Even though the song is hardly uptempo, the rhythm of the song is upbeat enough to make this wholly groove-worthy. 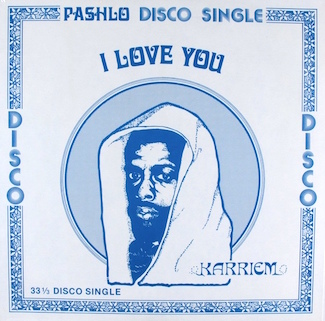