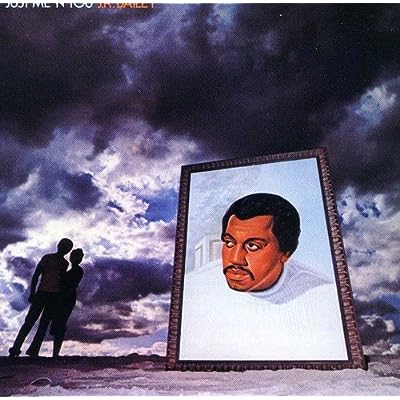 Work has me running ragged of late. By the time I get home everyday, I’m burnt the hell out and personally, I feel like my posting ideas have been rather dull. If no one noticed, all the better, but I know for myself, when posting up Youtube videos counts as as a “post,” it just means I’m too fried to put in more work. Now that I’m on a mini-break this weekend, visiting family, I feel a bit more energetic and decided to come correct with a post that’s long overdue.

J.R. Bailey is one of those soul artists who never really made a name for themselves in a major way yet were important within the R&B scene and was an unsung talent in his own right. I first learned about Bailey when I was listening through Gilles Peterson’s superb Digs America: Brownswood U.S.A. comp and came upon Peterson’s inclusion of Bailey’s title track to his 1974 debut album. The Bailey is one of the standouts on an already excellent comp and it made me interested in learning more.

As it turns out, Bailey’s career began in the doo wop era with the group, The Cadillacs and apart from his own solo career, he was probably better known for his songwriting. His biggest hit was “Everybody Plays the Fool” which I’m sure many of you are familiar with. Bailey’s Just Me ‘N’ You was not a huge seller for him and as such, its relative rarity has made it fairly expensive but trust me: it’s worth every penny.

Compared to other one or two-trackers, Just Me ‘N’ You is notably consistent across the entire LP. In fact, the title track, good as it is, isn’t even my favorite song. Instead, I’m a huge fan of the album’s opening song, one of Bailey’s solo hits, “After Hours” (interestingly enough, there’s a cover of it included on Chairman Mao’s excellent Run For Cover mix-CD). Released on single, the song is actually part of a 2-track medley on the LP (along with “Heaven On Earth”) and from jump you can hear all the dynamics that makes this song – and album – such a profound joy. The production and arrangements are lush and complex but not overcooked – it’s really one of the best sounding soul albums from this era I know, especially for something that didn’t come out on Philly Int’l or Motown. And Bailey has a great voice – it’s not as nuanced or rich as some of the giants of the era but bottomline, he sounds good.

Also on the LP is Bailey singing a song he had previously written for Donny Hathaway, “Love, Love, Love.” I included Donny’s version here as a point of comparison – Donny might have the better voice but I actually think these two songs run neck-in-neck in quality (I find Bailey’s arrangement more engaging and he does a great job in nailing his own song even though he knew Donny’s was already out there).