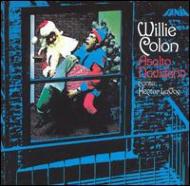 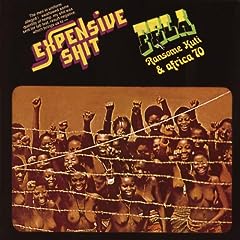 At my going-away party in S.F., DJ Matthew Africa dropped a short set that put two songs back to back that I should have been up on…but wasn’t…and both have still been blowing my mind almost two weeks later.

“La Murga (De Panama)” is one of the big hits to come from the partnership of Hector Lavoe and Willie Colon (actually, totally makes sense).

Here’s what makes this song so great: it’s not just that wall of horns Colon throws at you at the very onset (though obviously, it helps)…it’s the melodic counterpoint that the guitar makes right after each brass proclamation, a small but utterly significant dynamic that gives the song more nuance and something for your ear to anticipate. Throughout the rest of the song, the interplay between brass and guitar is key and despite the other excellent percussive and melodic elements (not to mention Lavoe’s singing), they continue to power the song at its very core. This has automatically catapulted onto my top 10 Latin dance song playlist alongside others like Joe Cuba’s platinum-selling “Bang Bang” and my personal favorite, “Que Se Sepa” by Roberta Roena y su Apollo Sound.

I’ve listened to a decent amount of Fela’s stuff over the years but I either just let this slide past my radar or missed it completely but now I’m completely obsessed with it. I was instantly infatuated with it and here’s why: like most of Fela’s biggest Afro-funk songs, this track unfolds with a steady and sublime patience that reveals depths to the rhythm that might go otherwise missed unless you have the advantage of a longer view. But like “La Murga” what also makes the song such a pleasurable listen is how Fela brings in an electric keyboard…a softer, gentler sound for a song writhing in such thick rhythms and (once again) a monster brass section. The main riff are the horns (just like in “La Murga”) but it’s the piano that deepens the song’s personality and elevates it towards the sublime. Even though the song is nearly 11 minutes, I’ve put it on repeat over and over and simply lounge into its folds. Heavenly.