Like many in my generation, my introduction to Kool and the Gang came through their big hits like “Celebration” and…um…”Celebration.” Therefore, when I started discovering their back catalog, I admit, I was rather surprised to hear that the same band that put out one of the most schlocky wedding songs of all time built their career on some of the funkiest tunes this side of New Orleans.

Their first LP on Delite brought together a series of their hit 7″ singles and at least half this disc is straight smokin’ with the other half filled with more mellow (but no less enjoyable) fare. “The Gang’s Back Again,” should sound familiar to those who’ve heard Funk Inc.’s version of “Kool and the Gang.” To be honest, I think Funk Inc. does it even better but K&G’s original is nothing to sneeze at either.

However, “Give It Up,” (which may or may not be a cover of James Brown’s “Give It Up Or Turn Me Loose,” I’m too lazy to really sit down and compare the two) is an unqualified winner: love the way it opens with the horns and then launches into that stripped down rhythm section. Can’t get enough of that funky stuff, for real. 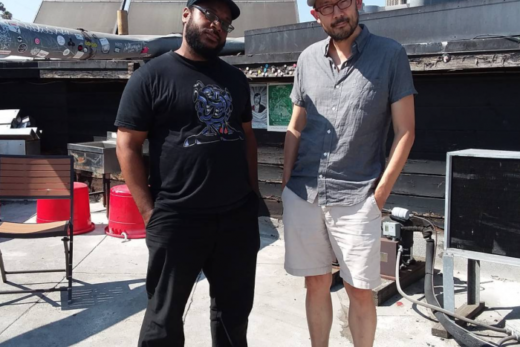 DEEP/UNDER/COVER WITH MICHAEL BARNES ON DUBLAB