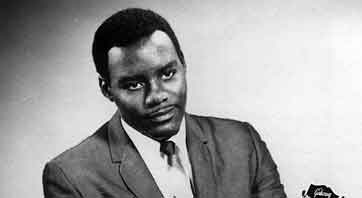 Dillard was a guitarist out of South Carolina who worked both studio time at Muscle Shoals as well as lead his own bands, beginning in the mid 1960s. This 1970 single – arguably his biggest hit as a lead artist – was recorded with a young Peabo Bryson as part of the “Tex-Town Display.” Apparently, it sold a whopping 250,000 copies though it seemed to have flown underneath the radar of a lot of soul fans I know (myself included). What’s so great about the arrangement on “Pt. 2” of the song is how it goes from this sweet soul intro and then drops into some Issac Hayes-esque funkyness – I swear to god, it sounds like Dillard is biting Hayes’ “Walk on By” but I mean that in a good way. How is it that no one has ever sampled this? Paging Rza!

Aretha Franklin: Skylark (Alt. version).Â
From The Queen in Waiting (The Columbia Years 1960-1965)

If you click on the link to my 2002 column on this Aretha anthology, you can read a lot more of the backstory to her years at Columbia. The short version is that before she became soul’s greatest vocalist, Aretha Franklin began her career as a jazz singer, trying to follow in the footsteps of folks like Dinah Washington. History has mostly forgotten that entire era and sure, there were some good reasons why her Columbia catalog was dismissed but c’mon – you can’t front on the whole damn thing and she sure as hell recorded some fantastic sides for them. This alternative mix of “Skylark” is probably my favorite song of her’s from those years. It was engineered to sound “live” which just means that the mood and tone is more intimate, more hushed. Simply beautiful.