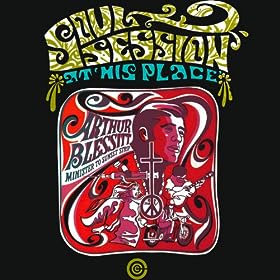 So Blessitt is anâ€¦interesting guy and this album was recorded during what I can only imagine was a really heady, psychedelic era of Hollywood history when Blessitt used to run a nightclub called The Soul Session.1 Among the folks who used to come in was a group called The Eternal Rush, whose lead singer Jim McPheeters is who you hear here. Really trippy, groovy stuff here, especially the mix of acoustic and electric piano. The rest of the album is whatever, but this one song is pretty amazing to me.