Bob Azzam and His Orchestra: Batucada Por Favor
From At the Club Opera (HMV, 1967)

Honestly, I have no idea what took me so long to track down a copy of the original “Batucada Por Favor.” I originally heard it on this 1998 comp from Mr. Bongo and for many years, when I was DJing in S.F., I would always keep this cut close by. But strangely, I didn’t remember to find an original copy until relatively recently (it doesn’t show up that often but it’s also not that obscure).

Ok, enough with the boring “procurement” details. Here’s all you have to know: this song kick ass and if it doesn’t turn your party out at the top of the night, you need to question your crowd. The genius with this song is how it builds the tempo quite steadily, using the whistle breaks as an excuse to jack up the BPMs until the song hits this fever pitch/pace…then the band slows it all the way back down, only to rebuild it again, but this time at a quicker rate. It’s basically a DJ set in a single song.

Notably, Azzam’s original was also the inspiration for Los Ladrones’ 2004 cut which is a slightly more modern take on the tune, though listening to these two side by side, the energy of Azzam’s totally smashes on the rather smoothy-smooth style of Los Ladrones. OG wins again. 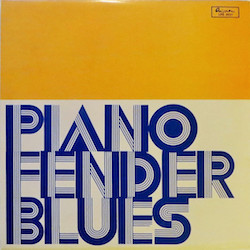