Etta James was a singer who I always enjoyed on the periphery…in other words, I never made a concerted effort to really get that deep into her catalog but I understand, on a very basic level, that this was a Very Important Artist and not just because she sang one of the very best ballads ever sung in the history of people singing ballads. 1

So for this appreciation, I’m not going to try to pull off some “Etta James’s most important songs” post because I simply can’t claim to know this. I can, however, offer up some of her songs that I discovered over the years that I’ve enjoyed. Hope you will too.

This was the first EJ recording I ever bought, mostly because 1) I thought the cover looked cool and 2) it sounded funky.2 Even then, I knew this was a bit of a departure for James in terms of her most classic Chess sides from a decade earlier but she sounded pretty good (I mean, it’s Etta James) and the L.A.-based band she rocked out with held it down pretty well too. This LP used to be a super-easy find (presumably since “At Last” fans couldn’t hang with it); definitely worth copping on the cheap.

Etta James: I’d Rather Go Blind + I Got You Babe
From Tell Mama: The Complete Muscle Shoals Sessions (Cadet, 1968)

“I’d Rather Go Blind” was one of two songs included on the infamous Soul Sides Black Label collection but it wasn’t to many years later that I realized she had recorded this song with the Muscle Shoals band. Funny enough, I was watching the pilot episode to the new HBO series, Luck and this song came out of nowhere during a scene. Seemed apropos.

James’s cover of “I Got You Babe” might as well make you forget that it’s a Sonny and Cher tune; the band is murdering it on the rhythm track and though James sounds mixed a bit low, she still sizzles.

My interest in the At Last! album wasn’t from the title song, it was actually from hearing her rendition of “Sunday Kind of Love” on…um…a Dockers ad. 3 And in finally listening to her most classic longplay, I discovered this absolute lovely version of “Stormy Weather.” I’m sure it’ll be in some khakis ad in the future.

I heard this at Funky Sole when Miles threw it down and had no idea that Sugar Pie Desanto and James had ever collaborated. Love this squawking kind of R&B cooker. 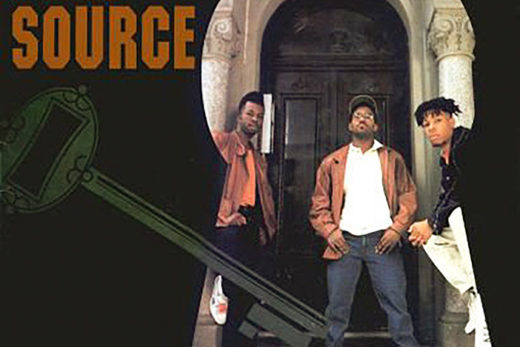 RINGING IN THE NEW YEAR

IN THE JUNGLE, BABE

My Kind Of Disco, Part 1